Understanding Antarctic warming and its consequences is vitally important for our planet.

Parts of Antarctica, including the Antarctic Peninsula and West Antarctica, have experienced significant warming over the last 50 years. As climate change raises average global temperatures, marked warming in the polar regions is expected, especially in the winter months.

What constitutes a “heatwave” in Antarctica?

In absolute terms, “heatwaves” in Antarctica are nowhere near the unprecedented heat of summer 2022 in Europe. But it is the difference above normal that matters. Short-term warming events can raise temperatures well above average.

In March 2022 (Antarctic autumn), a record-breaking heatwave hit East Antarctica raising temperatures on the high, cold Antarctic plateau from their typical -55oC to only -10oC. This unprecedented increase happened over the course of just three days, making it one of the largest short-term temperature jumps on record. Extreme heat events in Antarctica are currently rare, but we anticipate they will become increasingly common as Earth’s climate warms.

What are the consequences of warming?

If temperatures reach 0°C (currently restricted to Antarctic summer) they can melt Antarctic ice and destabilise ice masses. In the most extreme cases experienced so far, high temperatures have triggered the loss of floating ice shelves from around the edges of Antarctica.

If ice shelves are already weakened, for example by decades of ocean warming, hot extremes can be the final straw that prompt break up and loss of large areas of ice.

Once that ice shelf ‘doorstop’ is removed, any ice that was previously held in place by the ice shelf can speed up and flow into the ocean. Once in progress, this process can continue, even after temperatures have returned to more normal levels.

How long does it take for winter warming to have an effect?

However, on the thinner ice shelves, sustained warming of the atmosphere will influence the ice viscosity more quickly, and warmer ice temperatures (even when they remain below freezing) also usually lead to larger crystal grain sizes, which can make the ice more susceptible to fracture.

Ice lost from Antarctica ends up in the ocean, with global consequences for sea level and the approximately 3 billion people – around half the world’s population – who live near coasts. Understanding Antarctic warming and all associated consequences is vitally important for our planet. 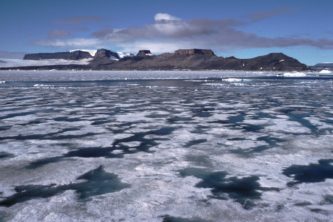 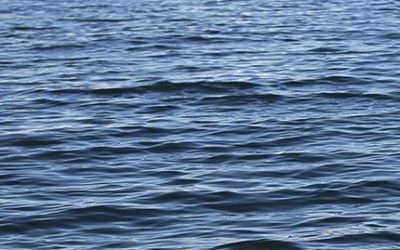 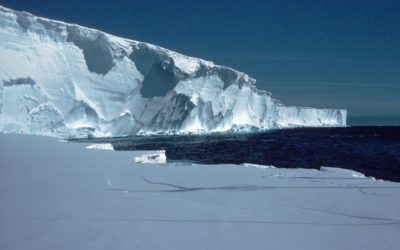