The Type and Figured Fossil Collection at the British Antarctic Survey

Collecting fossils in Antarctica is challenging and demanding. So few people have been there that almost everything you collect represents a fossil animal or plant that was previously unknown to science. The BAS fossil collection has grown steadily since it was started in the 1940s, and now contains around 40,000 fossil specimens.

Marine fossils, mainly shells of animals without backbones, are important in helping us to date the rocks. Similarities between groups of organisms point to former connections across and between oceans. Bones and teeth of fishes and marine reptiles have also been found.

Antarctica today is a cold, inhospitable desert; however, in the more distant past, the climate was much warmer. Abundant finds of fossil leaves and wood point to the existence of extensive forestation in earlier geological periods, even to within a few degrees of latitude of the South Pole itself. Dinosaurs, and later, marsupial mammals once roamed across its surface.

A photographic archive of the BAS “Type and Figured” fossil collection is available online. It contains more than 3000 high-resolution images of fossil specimens. Scientific data and any references relating to the specimens are displayed alongside the images. Specimens can be found by browsing through animal and plant groups; or by searching using the descriptive information recorded for each fossil (where known), including location, stratigraphy, geological age and specimen number. 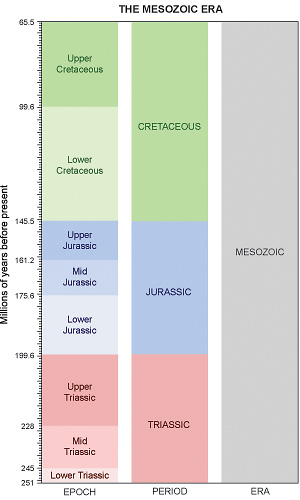 Date range of the fossil collection

Most of the fossils are from the Mesozoic era (250–65 million years ago), which reflects the age of rocks preserved in the Antarctic Peninsula where they are from. This was the age of the dinosaurs, and an era which has greatly improved our understanding of the evolutionary changes, continental movements and climates leading up to today.

What’s in the fossil collection?

The molluscs are an enormously diverse group — the types of molluscs found in Antarctica include:

The arthropods include insects, crustaceans and arachnids and globally make up 80% of all described living species. Important fossil arthropod specimens within the collection include the first sessile barnacle to be described from the continent; and some stunningly preserved shrimp material.

Echinoderms are a group of marine animals including starfish, brittle stars and sea urchins. The collection houses the first Jurassic (200–145 million years ago) asteroid starfish from Antarctica.

Fossilised wood, pollen, spores and exceptionally preserved leaves appear in the BAS fossil collection from a range of plants: from ferns and pines to mosses and ginkgoes.

Beautiful plant fossils are found preserved in abundance within sandstones and mudstones of the Antarctic Peninsula, most notably the Cretaceous (145–65 million years ago) rocks from Alexander Island and the South Shetland Islands.

The diverse assemblage of plant fossils has made it possible to reconstruct an Antarctic forest — with pine trees; and ferns and mosses in the undergrowth. Fossil ginkgoes and the Southern Hemisphere cycads are also present.

Flowering plants (the angiosperms) appear later on (~100 million years ago), and include the southern beech Nothofagus. Given that this part of Antarctica was positioned at roughly 70°S at this time, the plants present — similar to those found in New Zealand and Tasmania today — suggest that the climate was relatively warm and temperate in the Late Mesozoic. 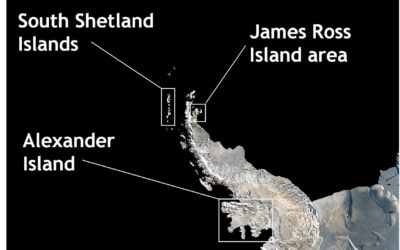 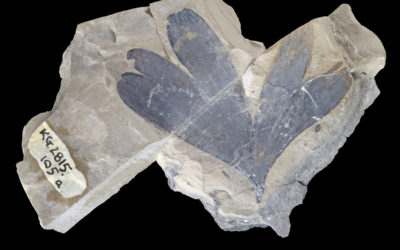