Christopher Robert Lloyd, Contract Manager for Ramboll, will be working in Antarctica on constructing the new scientific support facility at Rothera, the Discovery Building. He first travelled to Antarctica in December 2020 and is now returning for a second year in a row. Here he reflects on the challenge of spending 22 hours a day in isolation for two weeks, travelling to Antarctica on the RRS Sir David Attenborough and looking ahead to the next few months of working in the world’s most extreme construction site.

Here I am again. This year, just like last year, I have finished my quarantine and am on my way to Antarctica.

So far throughout the pandemic, and thanks to an expert medical unit, a rigorous logistics team and a tireless army of support staff, all the British facilities in Antarctica have remained free of COVID-19. As we head into another season of Antarctic science, resupply, and station modernisation, we are all committed to keeping it that way.

While I may have been physically alone in my hotel room quarantine, I was joined in spirit (the miracles of video conferencing) by 65 other people who were quarantining to travel to Antarctica around the globe.

The Challenges of Running Antarctic Stations During a Pandemic

The scale of the UK’s polar operations this season is unprecedented.

In the last year many people have been faced with the restrictions on travel so the idea of a two-week ‘holiday’ in a hotel and a break from social media (and indeed the rest of the world) sounded ideal.

The reality is quite different. Spending 22 hours per day in the same room wasn’t nearly as much fun as it sounds, and with only a laptop or a mobile phone to communicate with family, friends and colleagues in the outside world, it can be more mentally tiring than you would expect.

My fellow-quarantiners (is that a word?) and I organised quiz nights to keep ourselves occupied, and we’re allowed two hours outside each day for exercise. Working in Antarctica requires a good level of fitness, so a lot of people have brought their own little selection of gym equipment – small weights, pull-up bars, and elastic bands to train with. The ship’s crew and my polar colleagues can be quite competitive! There are also a handful of people with creative schemes – keen photographers , sewers, painters and those working on woodworking projects!

For some individuals, quarantine is already over. Having already completed their isolation, staff have begun to arrive at Rothera Research Station. A few of them are relieving winter staff who have spent the last eight months in Antarctica, keeping the station and its scientific equipment alive. Others will be defrosting vehicles and plant equipment to begin snow-clearance operations and prepare the station for summer use.

I was delighted to see the RRS Sir David Attenborough (or “SDA” in shorthand) arrive for the first time in the Falkland Islands! Having made its maiden voyage across the equator on the way to Antarctica, the vessel stopped in Stanley to refuel, load fresh supplies and say hello to these special islands.

Along with the usual cargo of food and fuel, the new polar ship will be bringing construction equipment for the Antarctic Infrastructure Modernisation Programme (AIMP) and part of the workforce that will be contributing to this year’s construction season.

Antarctica beckons and I can’t wait! 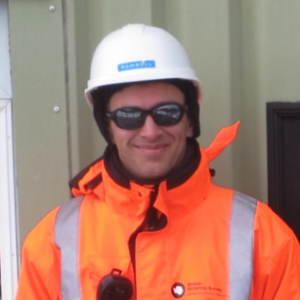 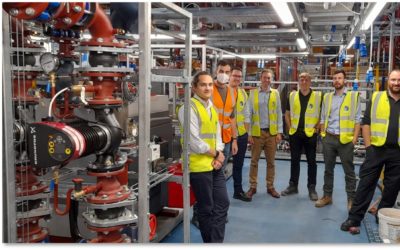 Extreme engineering: Practice makes perfect ahead of fitting out the new Discovery Building 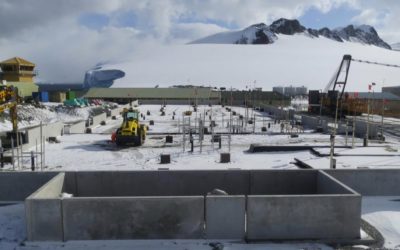