Alan Roper works from Ramboll and is currently Site Supervisor for the new wharf at King Edward Point Research Station in South Georgia as part of the Antarctic Infrastructure Modernisation Programme. The project will enable the new UK polar ship, the RRS Sir David Attenborough to berth at King Edward Point Research Station and support world-class science for the next generation. Here he discusses some of the engineering challenges of constructing a new wharf with the Antarctic Winter approaching and reaching the important mid-way milestone.

The King Edward Point Modernisation is now gathering pace as we reach an important halfway milestone for the new wharf. The team are putting finishing touches to the new loading platform, as focus turns to constructing the new slipway and mooring dolphin (a separate platform that allows longer ships to tie-up alongside).

Over the last month the construction team have been hard at work driving in the sheet piles that provide a new retaining wall around the existing wharf. The final capping plates, fenders, quay furniture and service trenches are being added. However, there is no rest as the team turn their effort to building a new slipway and mooring dolphin.

As Winter approaches, the South Georgian waters provide a novel challenge with the potential arrival of seals. Marine mammal observers are on site to help protect wildlife and ensure safety requirements are met for our divers.

The dive team has been involved in a wide range of underwater activities; including inspection and removal of sea bed obstructions and placing precast and burning sheet piles underwater.

A big construction project means there are many mouths to feed. Sarah Clark and Vicki Leslie are chefs for the busy station this season. The longevity of fresh produce and the duration between each shipment of fresh produce or ‘freshies’ means that the chefs must be creative yet resourceful in making a nutritious, varied and balanced diet.

The chefs start the day at 7am by preparing the morning break or ‘smoko’, which consists of a meat-filled butty and porridge. After that they bake a sweet treat for the afternoon, before preparing a range of salads, sandwiches, pasties or soups for lunch. In the afternoon they go shopping to replenish stocks from the Food Store and then cook the evening meal and desert.

Curry Night on Wednesday, Fish Friday and Sunday Roast Dinner are staple traditions each week but every other night the cooks can showcase their culinary skills under a variety of different cuisines.

Outside of work, the station remains a hive of social activity. A few weeks ago, the Gull Lake Regatta took place. Many participants created homemade sailing boats from items around station. The Erny Duston Regatta Cup was awarded to Sam Voysey with his speedy inflated tyre with BAM flag sail.

Other awards were given to Martin Loughran for his most innovative use of materials (a boat made of ice… which sank), Ronald Hardeman for his most elegant vessel entitled ‘The Clog’ and Kelvin for his efforts utilising the same boat from last year.

Last month the station also hosted the annual King Edward Point Half Marathon – the world’s most southern half-marathon and arguably the toughest, with over 1km of ascent over the course. Collectively, the team raised money for the charity Save the Albatross. BASMU Doctor and organiser Kat Ganly crowned the winner Martin Loughran who completed the course in 02.02hrs.

As winter sets in, the cargo ship MV Billesborg has already set sail from Rothera Research Station to decommission the site and return equipment for the successful completion of the wharf by early summer. Whilst spirits remain high, the pressure is on to complete the mooring dolphin in time for the arrival of the ship so it can berth using the new wharf.

Find out more about the King Edward Point Modernisation and follow #KEPWharf #SGSSIScience on social media for the latest updates. 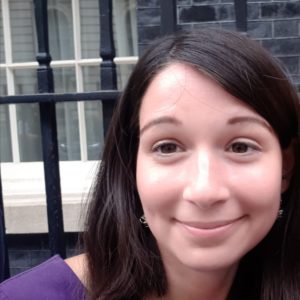 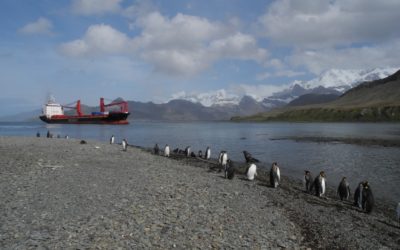