The King Edward Point wharf on South Georgia Island in the Subantarctic is being upgraded in 2020 to accommodate the new UK polar research ship, the RRS Sir David Attenborough and to provide continued operational support to the Government of South Georgia and South Sandwich Islands (GSGSSI).

Construction of the new wharf will take place from the end of January to June 2020. The wharf will be built in a way to minimalise disruption to every day operational, commercial and science delivery.

The UK’s Antarctic infrastructure is being modernised in order to support world-class science for the next generation. The new wharf will enable the new polar ship to berth and undertake critical environmental research in the waters around South Georgia.

The new wharf was commissioned by the National Environment Research Council and the GSGSSI. The team working on the new wharf consists of a collaborative partnership of BAS, civil engineers BAM and engineering consultants Ramboll and Sweco.

King Edward Point is a marine and fisheries research station. Owned by the Government of South Georgia and the South Sandwich Islands and operated by British Antarctic Survey, this facility provides critical research to support sustainable fishing in this important location in the Southern Ocean.

Design features of the new wharf

Protecting the environment during construction

The construction works are planned carefully to minimise disruption to the surrounding area. Read the full Environmental Impact Assessment for more details.

Timetable of works (subject to change and dates are advisory)

Find out more about Antarctic Infrastructure Modernisation (AIM) Programme. This long-term programme will enable a world-leading capability to ensure that Britain remains at the forefront of climate, biodiversity and ocean research in the Polar regions.

The aims of the King Edward Point research station modernisation project are to: 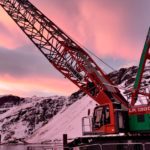 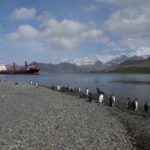 Joe Corner, BAS Islands Project Manager, is currently overseeing the redevelopment of King Edward Point wharf on South Georgia Island in the Sub-Antarctic. The project will enable the new UK … 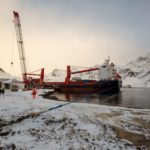 The completion marks the latest milestone for the £140m UK Antarctic Infrastructure Modernisation Programme commissioned by UKRI-NERC and undertaken by the British Antarctic Survey. Surrounded by spectacular scenery, dominated by … 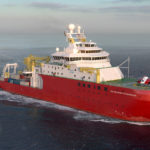