Earlier this year I spent two months doing fieldwork  in the Hindu-Kush Himalaya mountain region in South and Central Asia. It hosts the largest volume of ice and snow outside the polar regions and, for this reason, is often referred to as the ‘third pole’. However, unlike in the Arctic and Antarctic where ice masses are pristine white, glaciers of the HKH are usually dirty – overlain by rock debris, which falls from the valley sides in the form of large (and sometimes devastating) avalanches.

Most of my time was spent on one of these debris-covered glaciers – the Lirung Glacier in the Langtang valley, Nepal – with Hamish Pritchard and Ian Willis, my PhD supervisors. We were supported by an outstanding team of Nepali guides and porters who helped us carry our equipment to the glacier from the nearest road four days’ walk away.

I was investigating different methods for measuring debris thickness, which can be very variable and has a strong influence on how quickly a glacier melts. Hamish collected ice thickness data for the Bedmap Himalayas project, which aims to find out how much water is stored in the glaciers (as ice). Both projects are important for predicting water supply to large parts of South Asia, where glacier water sustains rivers through dry seasons and droughts. The big rivers of South Asia ensure crops can be irrigated, and provide drinking water and hydropower for local people.

We made the majority of our thickness measurements using two ground-based radar systems. These systems transmit electromagnetic waves into the debris-covered glacier, where they bounce off the ice surface and the glacier bed. We know how fast the waves travel so we can calculate distances, which we use as thickness measurements. We used a high frequency system for the thin debris layer (a few cm to a few m) and a low frequency system for the ice, which is much thicker (up to 200 m). The radar systems are heavy and Lirung Glacier is 4200 m above sea level. At this altitude there is only 60 % of the oxygen we’re used to in Cambridge, so this work was physically very challenging.

We also installed a weather station with sensors that measure incoming and outgoing solar radiation, air temperature, humidity, and wind speed. With this information and thermal band satellite imagery for debris surface temperature, we can work out how much energy is used to melt the ice below the debris, and therefore debris thickness.

We camped for 35 days to finish the programme, in unusually early snow, during which time we ate 750 eggs and couldn’t wash or shower! We saw three other people and had very little outside contact because the mountains block the phone signal. Despite this, the frozen boots and socks, and cracked fingers, the Himalaya are spectacular and working with such great people was a real privilege.

The town of Langtang, near where we camped, was largely destroyed during the Gorkha Earthquake on April 25, shortly after we left. Our thoughts are with the people of the Langtang valley, while they rebuild their lives and homes. 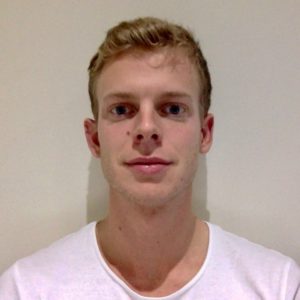