Bird Island has undergone several changes since the last diary entry in November. The summer breeding season is in full swing, and in some cases is starting to quieten down already. There are many chicks up on the hills and in the colonies now, and the majority of the fur seal pups have been born and are now being led up into the tussock by their mothers. The human inhabitants also received new arrivals, with the RRS James Clark Ross dropping off Jerry (station leader, and previous penguin and petrel ZFA), Tim (incoming penguin and petrel ZFA), Ian (tech services), and me (James, incoming seal ZFA), at first call.

We’ve all settled in to our respective roles and daily life here, and I can’t quite believe the abundance and diversity of wildlife that surrounds us. It’s amazing to look out of the living room window and watch as fur seal females are rounded up by the males, give birth, go to sea to feed, and then return to be reunited with their pups. We’ve been monitoring this spectacle, not only incidentally from our windows, but also from twice-daily trips to the seal study beach. We observe from a raised gantry, with the beach below divided into a grid pattern. This allows us to record where males hold territory, and where females arrive and give birth. We also count how many females are on the beach every day, to investigate which factors contribute to attendance.

Until population data is modelled against many variables across several years we cannot claim to understand the reasons for what we observe in the field; however the seals are still giving birth to pups at this late stage, when they had stopped last year. There have also been a slightly reduced number of females on the beach and pups born overall. It will be interesting to see the output of the models once they have been run, to see the actual change, rather than merely what we have observed.  We expect that within the next few weeks, pups will stop being born, bringing an end to our trips to the study beach.

Many of the large territory-holding males have now left the beaches, heading south to feed and rebuild their fat reserves. This means that moving around base is a little easier, as is searching for females on the beaches and up in the tussock. As the busy period for the seal ZFA’s comes to an end, I’ll start to learn more from Siân about what to expect after she leaves at last call, including how to correctly identify leopard seal individuals from photographs.

For now though, I’m looking forward to having a bit more spare time to watch the macaroni penguin chicks grow, and to explore the parts of the island I haven’t seen yet. 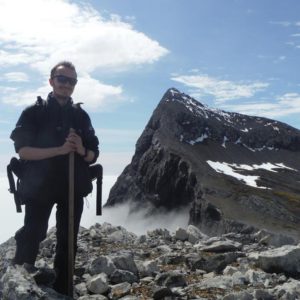 Antarctica and the Arctic