Cambridge is the cycling capital of the UK. BAS encourages visitors to consider arriving by bike wherever possible.  The recommended bicycle route to BAS from the railway station and the city centre is shown in the Google map.

From Cambridge train station to British Antarctic Survey you can catch the Universal bus (marked with a “U”) which runs between Eddington (the new north-west Cambridge site) and Addenbrookes via the Rail Station. Weekdays: 15 minute service 07:00 to 19:30; Saturdays: 20 minute service 08:00 to 18:30 (no Sunday service). For more information and a map see here .

If you are coming from the rail station, disembark the U bus at the “Philippa Fawcett Drive” stop on Charles Babbage Road, turn to your right and walk to the end of the road (two minutes), turn right onto High Cross and walk for approx two more minutes until British Antarctic Survey reception is on your left.

The nearest bus station is the Madingley Road Park and Ride directly across the road from the British Antarctic Survey. Buses run every 10 minutes between here and the city centre bus station. Cambridgeshire County Council provide a map of the park and ride routes on their website.

As you leave the Park and Ride entrance on the right hand side, on foot, turn right onto Madingley Road, cross over the road and walk until you reach a gap in the fence directly behind a small lay-by, then walk directly ahead until you reach the BAS Entrance and Reception to your right — approximately in the centre of the east face of the building.

The city centre bus station is on Drummer Street. Most bus services, including National Express coaches from London and many other UK cities, will stop here. There is also a taxi rank right next to where the airport coaches arrive/depart. A Day Rider ticket allowing unlimited travel within the city for one day currently costs £3.70, and a Mega Rider 7 day ticket costs £12.50 (September 2012).

The nearest rail station is Cambridge. There are direct trains from London (King’s Cross Station and Liverpool Street Station) which take about one hour; and London Stansted Airport which take about 35 minutes.

Timetable information on trains to Cambridge from anywhere in the UK can be found using:

A taxi from Cambridge rail station to BAS costs around £10. There is also a Cycle Hire shop in the railway station car park.

The British Antarctic Survey (BAS) is located close to the M11 motorway, on the outskirts of Cambridge. Visitor parking is available at Madingley Road Park and Ride There are a very limited number of on site parking spaces – please avoid if possible.

The postcode for car parking (at Madingley Road Park and Ride) is  CB3 0EX.

When arriving by taxi, please use the postcode CB3 0ET.

From London Stansted, Cambridge can be easily reached by rail, coach or taxi: 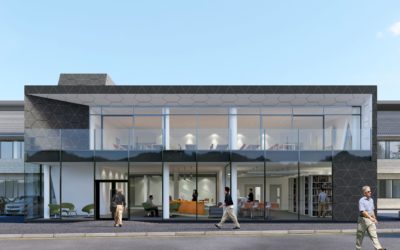