Patterns and mechanisms of late glacial and Holocene climate change

We aim to detect patterns and mechanisms of late glacial and Holocene climate change and to place recent human impacts on the Earth’s climate system in the context of long term natural variability. We study climate signals in marine and terrestrial sediments using a range of sedimentological, biological, and geochemical proxies.

Our current research efforts include:

Holocene palaeoenvironmental change in Chilean Patagonia and the Antarctic Peninsula

We aim to detect when human impacts exceed the natural ranges of variability in the Earth system by studying climate signals in marine and terrestrial sediments. 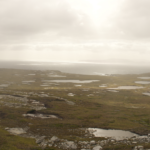 In this NERC-funded project, we are generating Southern Hemisphere Westerlies (SHW) proxy records from each of the three major sectors of the Southern Ocean, focusing on subantarctic islands situated in …

IMCONet is an international Research Network that follows an interdisciplinary approach to understand the consequences of Climate Change in coastal Western Antarctica. A Network for Staff Exchange and Training, IMCONet …

The Antarctic Peninsula has warmed ~3°C over the last 50 years, approximately 6 times faster than the global average. Mechanisms for this accelerated rate of warming have been linked with …