The remoteness and winter isolation of communities working in Antarctica provide an excellent environment for research into human behaviour, performance, health and well being.  Many studies of overwintering staff in Antarctica have been carried out at BAS research stations in partnership with the BAS Medical Unit (BASMU) based at Plymouth Hospitals NHS.

Using Antarctica as a ‘platform’ for simulating certain aspects of a manned spaceflight mission, this project, involving BAS, BASMU and the European Space Agency (ESA) will investigate how living in an isolated community during 24-hour winter darkness affects the health of Halley staff and their and ability to perform specific problem-solving functions. The isolation and darkness at Antarctic research stations during winter is similar to what astronauts might experience during a long-term space flight to the moon, Mars and beyond.

The four components of this project are:

This medical research project involves wintering staff at both Halley Research Station and the Concordia Station in East Antarctica, which is run by French and Italian Antarctic organisations.

Teams are using a cockpit simulator – modelled on the Russian spacecraft Soyuz for training astronauts in the virtual docking to the international space station ISS –  to test how skills are maintained over long periods of darkness and isolation.

Astronauts on long missions in space need to pilot their spacecraft and conduct complex operations months or even years after their training on Earth. On the International Space Station, astronauts periodically take refresher courses for critical tasks such as berthing cargo spacecraft. For astronauts returning from Mars, mission designers need to know that they will be able to perform after months of isolation and stressful exploration. The SIMSKILL experiment uses spacecraft simulators in Antarctica to see how the wintering crew copes over the course of their stay.

After training for spacecraft piloting, the test subjects do simulations on a variety of common Soyuz spacecraft tasks such as docking to the International Space Station.  Their results will be recorded together with psychological. The study is also being performed at a control centre in Stuttgart, Germany where participants continue to live their normal lives.
In the course of the study the participants will practice ‘flying’ the spacecraft on a regular basis over several months. The only difference between the crew on the stations and the participants in Stuttgart will be the different environment. At the end of the several months the study will compare the flight performance of the different groups.
The simulator used in the scope of the research project is an optimized, mobile version of the Soyuz spaceflight simulator that is used for student education and training at the University of Stuttgart. The simulator can be used to train different phases of a space flight mission. Control devices and subsystems are a slightly simplified version of what you would find aboard a real spacecraft. The main task that is usually performed in the simulator is a docking manoeuvre with the international space station ISS.

This element of the research project is investigated the potential changes in eye function and health under influence of either constant light or constant darkness. It exploried if additional light and medicine can influence the body’s natural clock and enable regular sleep/wake patterns. Experiments study how the eye’s pupil reacts to different flashes of light after a prolonged period of light or dark and also monitors how physical activity affects the rest-wake cycle by the wearing of special watches.  Read the research paper: Impact of long-term daylight deprivation on retinal light sensitivity, circadian rhythms and sleep during the Antarctic winter

So far, sleep disturbances remain the most common complaints with regard to health and well-being in extreme environments, especially in the polar regions. This research is taking place at a network of Antarctic stations across the continent to look at why the constant light and dark affects sleep patterns so dramatically. Measurements of melatonin, cortisol and an individual’s mood (through questionnaires) can build up a picture of what affects poor sleep patterns and how it can be counteracted.

The study of an individual’s voice can reveal their well-being. Using weekly recorded video-diaries and read-aloud standardized texts, the Halley doctor is undertaking research to determine an individuals’ well-being through the physical characteristics of their voice. This monitoring was developed within the Russian space programme to overcome the issue that cosmonauts/astronauts would never willingly report a reduction in their psychological well-being and performance. The recordings are compared with those from Concordia to quantify the effects of hypoxia.

This medical research aims to 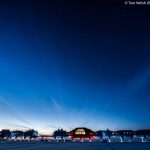 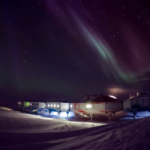 An exhibition showing how the isolation of Antarctica is used as a platform for understanding space opens this week (7-12 June) at The Times Science Festival in Cheltenham. 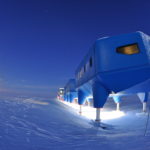 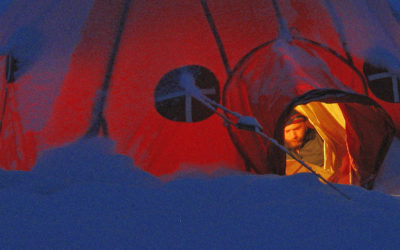