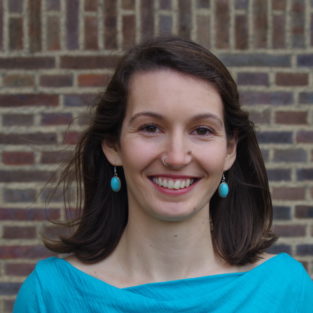 I am a benthic ecologist and I study the risk of accidentally introducing non-native species to Antarctica. I am interested in biological communities of animals like mussels, barnacles and crustaceans that live on the seabed or on human structures like ships. Throughout my career I have researched various human impacts on marine environments. I received a B.Sc. in Zoology (and a Diploma in Languages – German) from the University of Melbourne (2012). During my undergraduate I became interested in Antarctica and decided to study for a Masters in Marine and Antarctic Science at the University of Tasmania (2014).

In 2022 I completed my PhD at the University of Cambridge and co-supervised by Lloyd Peck at BAS. I am currently employed by the Alfred-Wegener-Institut in Germany as a post-doc at the Helmholtz Institute for Functional Marine Biodiversity (HIFMB) at the University of Oldenburg. My ongoing work with BAS will be varied, but always centred on understanding and minimizing the negative impacts that humans have on Antarctic environments.

My current research focuses on how biofouling on ships could bring non-native species to Antarctica, with particular emphasis on understanding what species could be introduced and where from. To do this I analyze ship movement data and collaborate with geneticists to uncover source populations of species like mussels and amphipods that are currently found on Antarctic vessels.