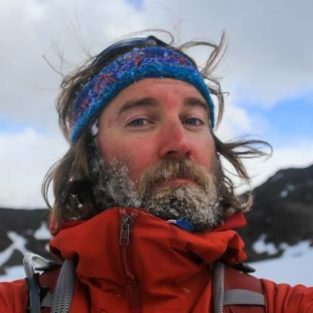 Matthew started at the British Antarctic Survey (BAS) in 2013 as a Boating Officer at King Edward Point, South Georgia. Initially spending 21 months on station he returned a further two times and, as a result, has spent over 1,000 days on the island working for BAS. He also returned at the end of 2017 and was part of ‘Team Rat’ during phase four of the South Georgia Heritage Trust (SGHT) project to eradicate rodents from the island.

Matthew now works at Rothera research station as the Winter Station Leader. Having spent 14 months on station from late 2018 to early 2020 he will lead the station again through the 2021 winter.

Having worked as an outdoor instructor for over ten years Matthew has worked around the world, from the mountains of China to the remote East coast of Greenland. Over the last decade Matthew has spent over five years in the polar regions.