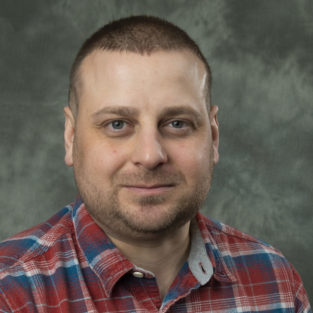 I joined BAS as an electrician within the Estates team in September 2007, spending 4 winters south, one at Halley V in 2008, Bird Island in 2010 and two at KEP. I also spent a summer as the Signy base technician.

In June 2014 I was appointed as Project Manager for the new BAS Aurora Innovation Centre which was completed in January 2017.

Following appointment to the AIMP team I delivered a new storage facility on Bird Island and the new wharf at King Edward Point, both to programme and budget.

Over the last 2 years I have transitioned into the Aviation side of BAS as the Air Infrastructure Project Manager where I am delivering the following projects;

These projects are to support the BAS Future Air Capability project and provide safe and efficient facilities for BAS to operate its Twin Otter fleet and the intercontinental air-bridge.