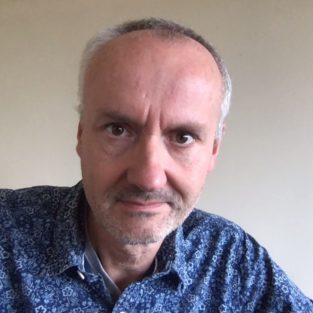 Nicholas Mitchell is an atmospheric physicist interested in the processes that couple together the lower, middle and upper atmosphere at polar latitudes. He is Emeritus Professor at the University of Bath and previously worked in the Department of Physics at Aberystwyth University. He has a particular interest in the role of atmospheric waves and tides in transporting energy and momentum from their sources near the ground up to the mesosphere and thermosphere, where they dissipate and profoundly influence the planetary-scale circulation.

The polar regions play a critical role in this atmospheric coupling and so Mitchell has had close collaborations with BAS researchers throughout his career. He has held several major research grants jointly with BAS co-investigators and used these grants to deploy advanced VHF meteor radars at both Rothera and King Edward Point. The radars detect the drifting of meteors carried by the winds, waves and tides at heights of 80 – 100 km and can reveal the fluxes and variability of these key agents of atmospheric coupling.

His most recent work with researchers and PhD students at BAS includes using radar observations of tides in the mesosphere over Rothera to test atmospheric models and satellite investigations into how winds blowing over the mountains of the Antarctic Peninsula, Southern Andes and the island of South Georgia generate strong fluxes of atmospheric gravity waves in a “hotspot” region known to have the most intense wave fluxes found anywhere on Earth.

As an Honorary Researcher, Mitchell will continue to work with BAS scientists to investigate new ideas about how cascades of waves are generated high in the stratosphere over mountains, to define the variability and predictability of these processes and how they can be incorporated into future generations of computer global circulation models.