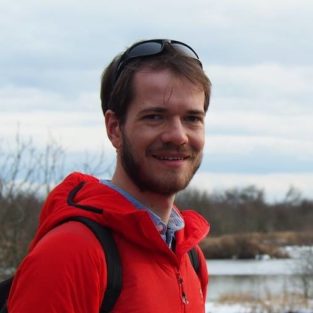 Dr Erik Mackie is a climate scientist and mathematician, with research interests in climate change, physical oceanography, satellite remote sensing and sea-level rise. He received his BSc in Applied Mathematics from the University of Edinburgh, and completed his PhD joint between the University of Bristol and the British Antarctic Survey, using high-resolution satellite altimetry observations to investigate the circulation of the Southern Ocean and the frontal positions of the Antarctic Circumpolar Current. Subsequently, he completed a postdoctoral position in the Polar Oceans Team at the British Antarctic Survey, on a NERC National Productivity Investment Fund Innovation Placement. He is an experienced science communicator, and has worked as a Policy Fellow at the Parliamentary Office of Science and Technology in Westminster, where he authored a POSTnote on Rising Sea Levels for the UK Parliament. Currently, he works at the Cambridge Zero initiative at the University of Cambridge, and is an Honorary Researcher at the British Antarctic Survey, where he maintains ongoing research collaborations with Profs. Paul Holland and Mike Meredith.