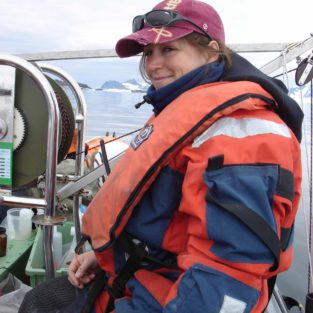 I have a BSc in Marine Biology and an MSc in Marine Environmental Protection. I first worked for BAS in 2006 when I spent 30 months based at Rothera as the marine assistant. In 2009 I wintered as a base commander spending 12 months on South Georgia at King Edward Point. Following this I spent two further summer seasons back at Rothera as a general base assistant.

In 2014 I became the Bonner laboratory manager. I am responsible for managing the laboratory facilities at Rothera which are used by both BAS and external scientists. I provide technical support to the terrestrial and marine scientists and assist the Rothera dive team. I spend 5 months each year based at Rothera during the Antarctic summer season and the remainder of my time based in Cambridge.

BLOG: All aboard the National Geographic Cruise – Part 1: Setting off
Blog 30 June, 2017