The Super Dual Auroral Radar Network (SuperDARN) has been operating as an international co-operative organisation for over 20 years, and has proved to be one of the most successful tools for studying dynamical processes in the Earth’s magnetosphere, ionosphere, and neutral atmosphere. SuperDARN comprises similar ground-based coherent-scatter radars that operate in the HF frequency band, and whose fields of view combine to cover extensive regions of both the northern and southern polar ionospheres. From humble beginnings the network has now grown so that the fields of view of its 33 radars cover the majority of the northern and southern hemisphere polar ionospheres.

SuperDARN at BAS – There are presently 16 SuperDARN Principal Investigator (PI) institutes worldwide, in 9 countries, running over 30 SuperDARN radars. BAS has been responsible for the operation of two SuperDARN radars, at Halley in Antarctica, and in the Falkland Islands. BAS also hosts one of two SuperDARN data hubs that collect and manage data from all SuperDARN radars for re-distribution to other SuperDARN PI groups and the worldwide science community. SuperDARN has helped significantly to address key questions that have been cornerstones of BAS science programmes over the last 20 years, e.g., regarding magnetic reconnection, ionospheric convection, and mesospheric tides. It now has a key role in the Space Weather and Atmosphere team’s project to routinely measure Joule heating in the upper atmosphere, and assess its contribution to satellite drag.

SuperDARN facilitates a wide breadth of both magnetospheric and ionospheric science, particularly in the area of magnetosphere-ionosphere coupling, with notable unique results and breakthroughs:

There are over 700 papers in the ISI Web of Science database which contain ‘SuperDARN’ in the title, abstract, or keywords.

Given a connecting host address, username, and corresponding SSH public key, we can create a secure, isolated account for that user on our external-facing mirror node. This mirror node provides read-only access to the data, supporting rsync, sftp, and scp data transfer methods. The data are then accessible under the mirror directory structure – /sddata/<type>/<year>/<month>/.

To set this up, e-mail [email protected]

Data Catalogue – The files on the mirror and the radars that make up SuperDARN, are described in the SuperDARN Mirror Catalogue.

The catalogue is exposed via an API, available at https://api.bas.ac.uk/superdarn/mirror/v3/.

The temporal coverage of the catalogue can also be queried and visualised.

Data Format – The raw data on the SuperDARN data mirror exists in the form of *.rawacf files. Software to read and analyse these data is available in a range of SuperDARN software modules which can be freely downloaded from http://superdarn.org/tiki-index.php?page=software

When using SuperDARN data please acknowledge their source. In particular please include the following acknowledgement in any publications – “The authors acknowledge the use of SuperDARN data. SuperDARN is a collection of radars funded by the national scientific funding agencies of Australia, Canada, China, France, Italy, Japan, Norway, South Africa, United Kingdom and United States of America.” In addition, we recommend the following general references for the SuperDARN network: 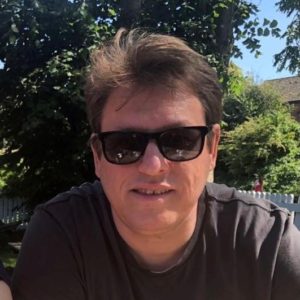 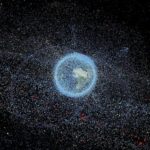 Society is highly dependent on the fleet of satellites that surround our planet. We rely on them for entertainment, communication, navigation, weather forecasting, and more.  Many day-to-day activities, such as …