Today, 16 September, is the International Day for the Preservation of the Ozone Layer. The date commemorates the signing of the Montreal Protocol, which sought to reduce atmospheric levels of ozone depleting substances. It was signed following the discovery of thinning of the stratospheric ozone layer; a fragile shield of gas protecting the Earth from the harmful ultraviolet rays of the sun.

The Protocol has successfully reduced the abundance of ozone-depleting substances in the atmosphere, not only helping to protect the ozone layer for this and future generations, but also contributing to global efforts to address climate change.

The United Nations Environment Programme (UNEP) and World Meteorological Organization (WMO) announced last week that the ozone layer is showing the first signs of its future recovery, which is expected around the middle of this century. UN Under-Secretary-General and UNEP Executive Director Achim Steiner cautions, however, that challenges still remain in phasing out ozone-depleting substances.

The theme of this year’s World Ozone Day is “Ozone Layer Protection: The Mission Goes On”. BAS Emeritus Fellow, Jonathan Shanklin is one of the team that reported the discovery of the hole in the ozone layer in 1985:

“World Ozone Day marks the occasion when we took a big step towards protecting our environment for future generations. The Montreal Protocol is clearly working and after 25 years we are beginning to see signs of a recovery of the ozone layer in our Halley Research Station data. This year World Ozone Day is emphasising that there should be no let up in the phasing out of ozone destroying substances.”

Ozone measurements have been made at Halley since 1956. 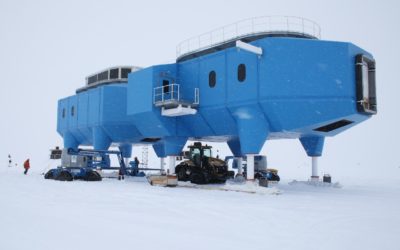