RRS Sir David Attenborough stewards Eric Bourne and Stephen Carpenter, who have been together for 20 years, will tie the knot in front of 30 crew of the UK’s new polar ship.

The wedding will be performed by ship captain Will Whatley and is due to take place this Sunday 24th April if weather conditions allow. It will be registered with the British Antarctic Territory Government, based in the Foreign, Commonwealth and Development Office and the marriage will be valid in the UK.

Eric and Stephen are experienced seafarers, who have spent the past two decades traveling the world together on board various ships. Eric has been working for BAS for the past three years. They decided to get married when Stephen joined the ship’s crew and they realised Antarctica would be the perfect place for their wedding.

“Antarctica is such an incredible place. We have been together for 20 years but now we’ve both been to Antarctica together, it felt like the perfect place for us to finally tie the knot! We’ve even had the coordinates of the wedding location engraved into our rings.”

“We’re both very proud to be the first same-sex marriage to happen in British Antarctic Territory. BAS is such a welcoming and accepting employer, and we feel very lucky to be able to live and work in such an incredible community and place together.”

This is the second marriage between BAS staff since the BAT marriage law was reformed in 2016; the law made it easier for marriages to be arranged in the Territory, and also updated the relevant paperwork for same-sex marriages.

The wedding is a landmark moment for the international polar research community. BAS is proud to support this celebration of love that will shine a light on LGBTQ+ colleagues and promote diversity and inclusion in Antarctica and the world over. 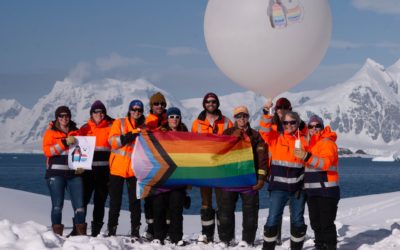 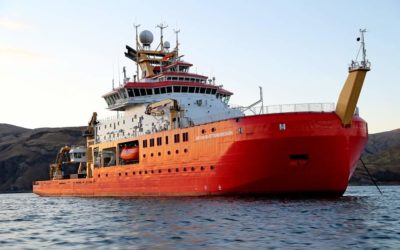