New research into the way the Antarctic ice sheet adds ice to the ocean reveals that tidal motion influences the flow of the one of the biggest ice streams draining the West Antarctic Ice Sheet.

This unexpected result shows that the Rutford Ice stream (larger than Holland) varies its speed by as much as 20% every two weeks. Ice streams – and the speed at which they flow – influence global sea level. Understanding their behaviour has been a priority for some time. On average the Rutford Ice Stream moves forward by one metre every day.

‘We’ve never seen anything like this before. The discovery that the spring-neap tidal cycle exerts such a strong influence on an ice stream tens of kilometres away is a total surprise. For such a large mass of ice to respond to ocean tides like this illustrates how sensitively the Antarctic Ice Sheet reacts to environmental changes. Glaciologists need now to rethink how the Antarctic Ice Sheets reacts to external forces. ’

The variations in flow of the Rutford Ice Stream are related to the vertical motion of the ocean caused by the gravitational effects of the sun and moon. Every two weeks sees large tides, the so-called spring tides which are followed by small tides, the neap tides. Scientists expect movement of the floating ice shelves, but the Rutford Ice Stream is grounded in the shallow waters of the Antarctic continental shelf.

So far, Rutford Ice Stream is the only ice stream where this type of temporal variation has been observed, but it is likely that the phenomenon is widespread, and so important to incorporate in computer models predicting the future contribution of the ice sheets to sea level rise.
Ends

The paper, ‘Fortnightly variations in the flow velocity of Rutford Ice Stream, West Antarctica’ is published in Nature on 21 December.

Ice Streams are a bit like gigantic rivers of ice. They can be as much as a few hundred km long, tens of km wide, and they typically move by a meteer or more every day. Almost all of the ice from the interior of the Antarctic Ice Sheet is drained towards the sea through these ice streams. As the ice enters the ocean, it forms large floating ice shelves. The ice streams can be considered to form the link between the ocean and the more slowly moving ice in the interior of the Antarctic continent. Understanding what controls the flow of ice streams is considered to be of key importance for predicting the future behaviour of the Antarctic ice sheet. 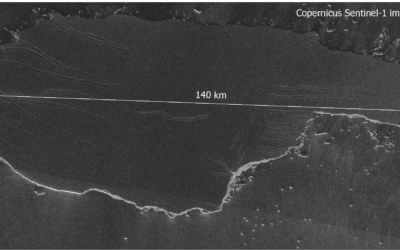 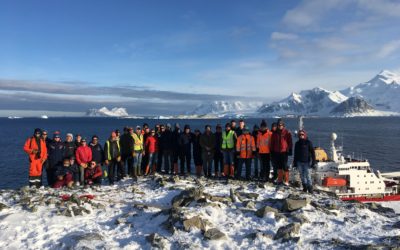