The Tellus South West survey project proudly launches its new maps and data on the 20th May at the Holiday Inn, Plymouth. The project has mapped the soils, rocks, landscape and ecology of Devon and Cornwall to unprecedented depth and detail. The maps and data can be freely downloaded online, and provide the counties with world-leading information on their natural resources, landscape and environment that will be used by businesses, government and scientists for many years to come.

Tellus South West is funded by the Natural Environment Research Council, and is a collaborative venture between three NERC Research Centres, the British Geological Survey, the British Antarctic Survey and the Centre for Ecology & Hydrology, working with Camborne School of Mines at the University of Exeter.

Tellus South West provides data to benefit the economy, businesses and the environment in Devon and Cornwall. It will expand our knowledge of geology, soils, water quality, landscape and ecosystems, help us manage risks from natural hazards, and provide a census of the current state of the environment for forecasting and measuring future change.

One of the main aims of the project is to inform future assessment of mineral wealth and geothermal energy in the region and whether we can extract those resources economically, and create new investment and jobs, without detrimental impacts on the environment. The data will help us make the right decisions about managing our resources and environment for the benefit of future generations.

The launch includes the results of two airborne surveys carried out in summer and autumn 2013. The first, an airborne geophysical survey, was carried out by an aircraft flying at very low altitude over the towns and countryside. It measured minute traces of natural magnetism and radioactivity to make maps of the properties of the rocks, soils and fluids under the skin of the Earth. The second, an airborne Lidar survey, bounced a laser beam off the ground and vegetation to make a 3 dimensional map of the landscape, buildings and tree cover. The map is accurate to within a few centimetres and was surveyed by an aircraft flying at higher altitude and sometimes at night to cover the area quickly. The launch will also show some early examples of maps and data about chemistry and microbes in soils and waters, and the status of natural habitats, that will be published this summer.

The launch will be attended by over 100 professionals in agriculture, local government, minerals and mining, water supply, environmental regulation and health, natural and built heritage, and geothermal energy. Scientists from the British Geological Survey and the Centre for Ecology & Hydrology will demonstrate the data using maps and 3D virtual reality displays, and provide examples of how the data will be used.

Professor John Ludden, Chief Executive, British Geological Survey said: “The Tellus South West survey has provided us with a baseline to understand geological and ecosystem evolution in the South West of England. This baseline in rock properties, soil and vegetation will provide essential information for decision making to inform industry and governments in the future.”

Dr Andrew Howard, British Geological Survey said: “What is Tellus South West all about? It’s about understanding the complexities of our environment, and how we can adapt to change. It’s about sustainable development and use of resources. It’s about the legacy we leave for future generations in the south west of England.”

Dr France Gerard, Centre for Ecology & Hydrology said: “The Tellus SW project has provided us with a fantastic opportunity to integrate existing UK wide datasets with newly collected Tellus specific data on the terrain and surface height, soils, water and DNA. This approach will help us better characterise the ecological status and landscape of Devon and Cornwall.”

Dr John Shears, Head of Operations and Engineering at the British Antarctic Survey said: “The Tellus South West survey is a ground-breaking mapping project which will provide vital environmental data on the natural resources of Devon and Cornwall. The British Antarctic Survey is very proud to be one of the key partners in this outstanding scientific project, and to have been able to contribute by deploying our world-class polar expertise in geophysical sciences, mapping and aircraft operations in the UK for the first time.”

Professor Frances Wall, from the Camborne School of Mines, which is part of the University of Exeter’s Penryn Campus said: “We are delighted to be involved in this survey that will help us understand the geology, natural resources and environment of South West England. Our role is to ensure that local researchers, companies, government and other organisations are fully aware of the survey so that they can gain maximum benefit from the results.”

For further details or to arrange media interviews please contact:

The following are available for interview:

For additional information go to: www.bgs.ac.uk/tellussw

Photographs are available from our ftp server: ftp://ftp.bgs.ac.uk/pubload/bgspress/tellussw

Free for media use with this acknowledgement: British Geological Survey©NERC

The British Geological Survey (BGS), a component body of the Natural Environment Research Council (NERC), is the nation’s principal supplier of objective, impartial and up-to-date geological expertise and information for decision making for governmental, commercial and individual users. The BGS maintains and develops the nation’s understanding of its geology to improve policy making, enhance national wealth and reduce risk. It also collaborates with the national and international scientific community in carrying out research in strategic areas, including energy and natural resources, our vulnerability to environmental change and hazards, and our general knowledge of the Earth system.

The Natural Environment Research Council (NERC) is the UK’s main agency for funding and managing world-class research, training and knowledge exchange in the environmental sciences. It coordinates some of the world’s most exciting research projects, tackling major issues such as climate change, food security, environmental influences on human health, the genetic make-up of life on earth, and much more. NERC receives around £300 million a year from the government’s science budget, which it uses to fund research and training in universities and its own research centres.

About the Tellus South West partners

Further information about our project partners is available from the following web pages. 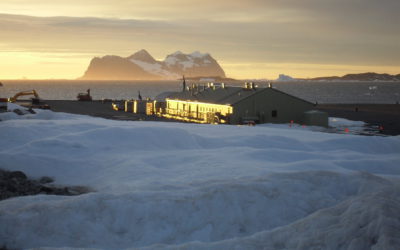 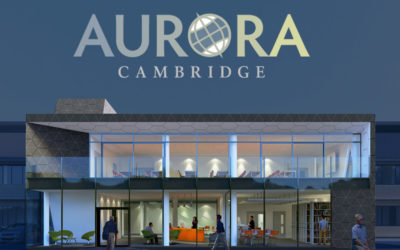