Science Paper of the Month goes jointly to two papers

This is a very important paper looking at the way climatic factors affect biodiversity. Currently there is much interest in how climate change is affecting, and will continue to affect diversity, but there are few good evaluations of how environmental factors and climate affect levels of biodiversity around the globe. this paper changes that by starting at the level of assessing how gibbs free energy retained in the reduced organic compounds of tissue can be utilized by all heterotrophic organisms. It then looks at how environmental energy levels interact with biodiversity and shows that PAR nor chemical energy influences diversity directly. However, both influence biomass and/or abundance and diversity may then increase as a result of secondary population dynamic or evolutionary processes.

They demonstrate that although temperature is often used loosely by ecologists as a proxy for energy, it is not a form of energy. It does, however, influence the rate of utilization of chemical energy by organisms, and may also influence diversity by allowing a greater range of energetic lifestyles at warmer temperatures (the metabolic niche hypothesis). They conclude that there is no single species/energy mechanism; fundamentally different processes link energy to abundance in plants and animals, and diversity is affected secondarily.

If we are to make progress in elucidating mechanisms controlling diversity, it is fundamental to distinguish climatic effects on species’ distribution and abundance from processes linking energy supply to plant and animal diversity. This paper will form a major element in changing the way we think about how environments and climate affect biological diversity, and hence our ability to predict the effects of change.

The paper addresses the important question of how the Southern Ocean responds to changes in wind stress associated with variations in the circumpolar westerly winds (the Southern Annular Mode). Intuition, and studies with low-resolution ocean models, suggest that increased wind stress should lead to an acceleration of the ACC. This paper uses observations of ocean eddy activity from satellite altimetry together with an eddy-resolving ocean model to show that this view is incorrect. Rather than accelerating the ACC, an increase in wind stress first leads to an increase in available potential energy within the ocean that is then slowly released as increased eddy kinetic energy, with total ACC transport remaining relatively constant. The authors suggest that the warming of the Southern Ocean reported by Gille (Science, 2002) may be attributable to increased eddy heat fluxes associated with increasing wind stress over recent decades.

In summary: an important paper that uses a combination of observations and modelling to provide support for a new paradigm for atmosphere-ocean interaction at high southern latitudes. 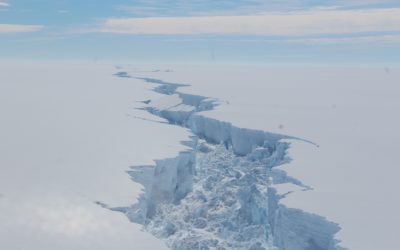 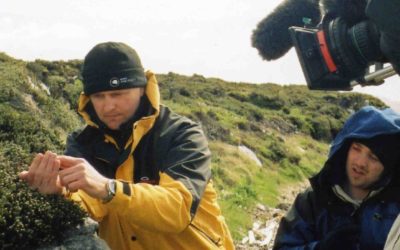