Three British Antarctic Survey staff have been honoured with the Polar Medal. The Queen approved the awards for outstanding achievement and service to the United Kingdom in the field of polar research.

Steve Colwell joined BAS in 1990 and wintered at Halley Research Station in 1991/92. He has been back to Halley for five further summers and has also spent three summer seasons at Rothera Research Station.

John Withers joined BAS in 2002 and spent several seasons at Rothera Research Station as Dive Officer, also wintering at both Rothera and Halley. He became Base Commander at Bird Island Research Station, Halley and then Rothera for the last few years. John has now left BAS.

Simon Garrod has been involved with BAS for almost 15 years, primarily as a Field Assistant (currently working with the iSTAR project) and more recently, ably covering the Field Operations Manager role at Rothera Research Station when required. 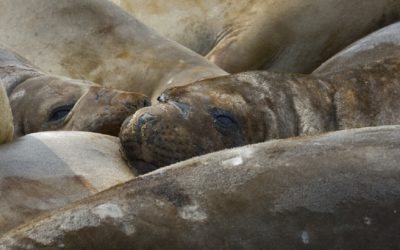