Sea-level rise from Antarctic collapse may be slower than suggested

A new study by scientists in the UK and France has found that Antarctic ice sheet collapse will have serious consequences for sea level rise over the next two hundred years, though not as much as some have suggested.

This study, published this week in the journal Nature, uses an ice-sheet model to predict the consequences of unstable retreat of the ice, which recent studies suggest has begun in West Antarctica.

An international team of researchers, including a scientist from British Antarctic Survey (BAS), predict that the contribution is most likely to be 10 cm of sea-level rise this century under a mid to high climate scenario, but is extremely unlikely to be higher than 30 cm. When combined with other contributions, that’s a significant challenge for adapting to future sea level rise. But it’s also far lower than some previous estimates, which were as high as one metre from Antarctica alone.

The study’s central estimate raises the Intergovernmental Panel on Climate Change (IPCC) central prediction of 60 cm global sea-level rise by just a few centimetres under the mid to high scenario they used. But the team’s method allowed them to assess the likelihood of sea-level rise from substantial parts of the ice sheet collapsing, which the IPCC could not due to a lack of evidence. They predict there is a one in twenty chance that Antarctic collapse could contribute more than 30 cm sea-level rise by the end of the century and more than 72 cm by 2200. This does not rule out larger contributions on longer time scales.

“Our method is more comprehensive than previous estimates, because it has more exploration of uncertainty than previous model predictions and more physics than those based on extrapolation or expert judgment.”

“This study is significant. Advances in modelling are needed to reduce the error in global sea level predictions so that mitigation strategies (and Government expenditure) are focussed on the most likely sea level scenarios. This study takes us one step closer to understanding Antarctica’s likely contribution to future sea level rise.”

This study is a research outcome of the Ice2Sea Programme, a major EU funded research programme to understand the likely contribution of Antarctica’s ice to sea level rise. 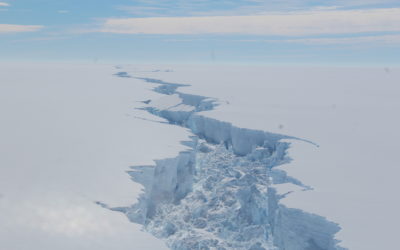 Ice sheets growing from the base 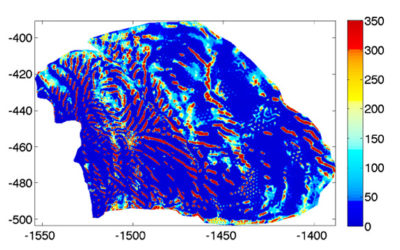