More evidence of changing weather patterns around the Antarctic Peninsula – a region where climate has changed rapidly over the last 50 years – is published this month in Geophysical Research Letters (online).

Scientists from British Antarctic Survey (BAS) and the Desert Research Institute, USA, report a doubling of snowfall in the western Antarctic Peninsula since the 1850s, with a particularly rapid increase each decade since the 1970s. Although the findings are consistent with predictions of increased snowfall as the Antarctic Peninsula gets warmer, the magnitude of the change is surprising. Records of snowfall across the rest of Antarctica appear to have changed very little during this time.

Scientists have used various instruments and technologies to make direct observations and measurements of climate since the first permanent Antarctic research stations were established over 50 years ago.

Lead author, Liz Thomas of BAS said,
“To understand our changing climate we need go back in time. This is where ice cores come in. Our climate models suggested that a location known as Gomez* would be a good place to extract an ice core to find out about the impact of changing weather patterns on snowfall. Evidence from the core is consistent with our direct observations of temperature over the last 50 or so years.

“The marked and increasingly rapid rise in snow accumulation on the western Antarctic Peninsula is yet more evidence of dramatic climate change in the region. The rapidity is significant because it shows that large scale changes in weather patterns can happen very quickly – even within our lifetime – and if these shifts in snowfall can happen in the Antarctic Peninsula, they could happen elsewhere.”

This new finding contributes to an ongoing series of investigations on the West Antarctic Ice Sheet that aims to improve our forecasts of future climate change.

Pictures are available from the BAS Press Office as above.

A doubling in snow accumulation in the Western Antarctic Peninsula by Elizabeth R. Thomas, Gareth J. Marshall and Joseph R. McConnell will be published in the February issue of Geophysical Research Letters. It is available online, doi: 10.1029/2007GL032529, 2008

*The new core – dubbed “Gomez” after a hill top poking out of the ice sheet near the drill site – plugs a major gap in information about climate change in the area.

The increase in snowfall in the Gomez core is linked to changes in a large-scale weather pattern known as the Southern Hemisphere Annular Mode (SAM) – changes due predominantly to the ozone hole and increasing greenhouse gases. Over the past decade westerly winds around Antarctica have become stronger, bringing warmer, wetter air down to the Antarctic Peninsula.

Analysis of the Gomez ice core reveals a relatively stable annual snowfall of around half a metre per year between the 1850s and 1930s, which was followed by a steady increase until the 1970s when the rise accelerated. In the last decade the amount of annual snowfall is around 1 metre – double the 1930s average.

The Antarctic Peninsula is an area of rapid climate change and has warmed faster than anywhere else in the Southern Hemisphere over the past half century. Climate records from the west coast of the Antarctic Peninsula show that temperatures in this region have risen by nearly 3°C during the last 50 years – several times the global average and only matched in Alaska.

In 2006, scientists from BAS published the first direct evidence linking human activity to the collapse of Antarctic ice shelves. Their research – published in the – showed that stronger westerly winds in the northern Antarctic Peninsula, driven principally by human-induced climate change, caused the marked regional summer warming that led to the collapse of the 3250 km2 Larsen B Ice Shelf in 2002.

Scientists know that the Antarctic ice sheet has grown and shrunk over geological history. Recent analysis of Antarctic ice cores reveal that during the last 800,000 years the Earth experienced eight glacial cycles (each with an ice age and warm period). Understanding this natural rhythm helps scientists get a better picture of what’s happening to the Earth’s climate today and what might happen in the future.

Ice cores – cylinders of ice drilled from glaciers and polar ice caps – have played a vital part in our understanding of climate change. When snow falls in regions where temperatures above freezing are rare, each year’s snowfall is preserved. As the snow compacts to form ice, air bubbles become trapped, archiving atmospheres hundreds of thousands of years old. By analyzing the chemical composition and physical properties of the snow and the trapped air, scientists can discover not only how levels of greenhouse gases such as CO2 and methane have changed over time, but also how temperatures varied in the past.

British Antarctic Survey is a world leader in research into global issues in an Antarctic context. It is the UK’s national Antarctic operator and is a component of the Natural Environment Research Council. It has an annual budget of around £40 million, runs nine research programmes and operates five research stations, two Royal Research Ships and five aircraft in and around Antarctica. More information about the work of the Survey can be found at: www.antarctica.ac.uk

The Desert Research Institute,  is a world leader in environmental sciences. DRI is an institution within the Nevada System of Higher Education (NSHE). It has nearly 500 researchers, staff and students working on approximately 300 research projects per year that takes place in every state in the nation and on every continent in the world. 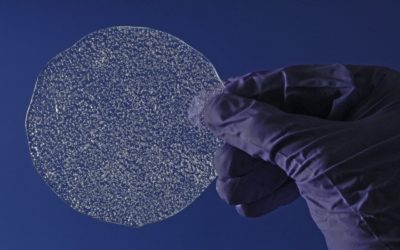