The most comprehensive and high-resolution atlas of the seafloor of both Polar Regions is presented this week (Tuesday 25 April) at the European Geosciences Union General Assembly (EGU) in Vienna. Over 250 marine geologists and glaciologists from around the world have spent the last four years collating stunning seafloor and glacial landform images to publish the new Atlas of Submarine Glacial Landforms. This new compilation enables researchers to interpret the history of the Earth’s large ice sheets and view how environmental change has re-shaped the continents.

Thousands of square kilometres of the seafloor, covering an area the size of Great Britain, showcase a range of geological phenomena such as plough marks, scratched on the seafloor by the underwater keels of huge icebergs, and glacial lineations – streamlined ridges up to tens of kilometres long moulded on the beds of fast-flowing glaciers.

More than 35 individual landforms feature and are described, ranging from dramatic features in the East Siberian permafrost to trough-mouth fans – enormous sediment deposits that build up at the mouths of the largest glaciers. The scientists examine the “fingerprint” of past glaciers and ice sheets on the seafloor where they have previously advanced and retreated due to changes in the Earth’s climate. 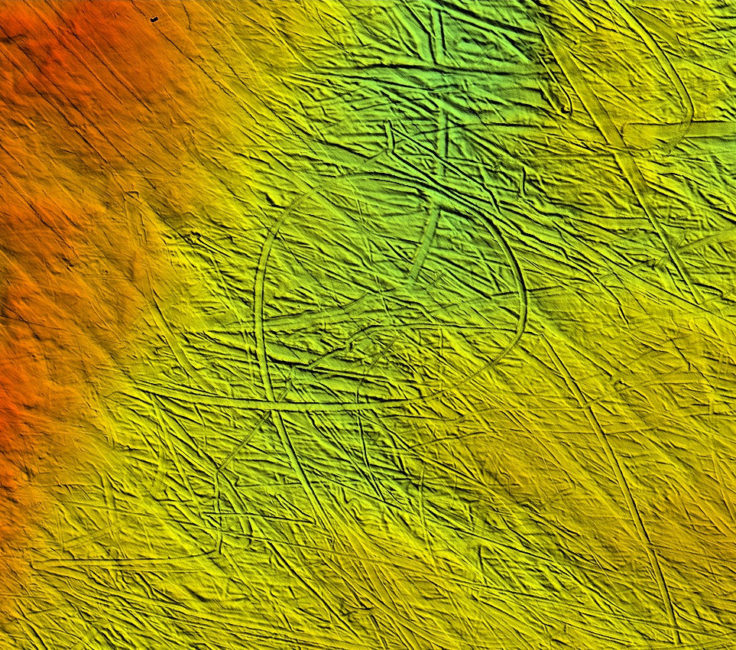 Dr Kelly Hogan, a geophysicist at British Antarctic Survey (BAS) and an editor of the volume, is presenting the atlas at the EGU in Vienna. She says:

“It’s exciting to see the atlas finally in print. It’s a huge achievement to bring together all these images in a way that will enable us to interpret the polar seafloor landscape like never before. And it’s a beautiful representation of what the seafloor can tell us about the past, much like a tree ring. For the first time it brings together examples of the more widely known glacial landforms. For example mega-scale glacial lineations offshore the Antarctic Peninsula but also of rare, enigmatic features like 40 km-long needle-shaped ridges in the Barents Sea and frost polygons – raised mounds with geometric patterns – formed in a permafrost landscape (then submerged by the sea) in the Laptev Sea, Eastern Siberia.

“The value in having these beautiful exemplars in one volume is that we can now compare features from a range of locations and climatic settings (mild to extreme cold) and gain key information on past ice dynamics and ice retreat.”

Advances in ice-breaking research vessels and the use of state-of-the-art acoustic methods have produced high-resolution seafloor imagery from water depths of tens to thousands of metres, presenting it in a three dimensional context.

Lead Editor Professor Julian Dowdeswell, who is the Director of the Scott Polar Research Institute at Cambridge University, says:

“The individual glacial landforms and groups of landforms presented in the atlas cover a wide geographic spread from the coldest environments on the planet in East Antarctica to the warmest areas where ice reaches the sea like the fjords of Chile or Alaska. Most examples in the atlas were created since the last glacial about 20 000 years ago, but it also includes landforms from “ancient” glaciations. For example, glacial lineations that are several kilometres long are found across the Murzuq Basin in Libya, formed by an ice sheet that grew over Africa around 450 million years ago when the continent was sitting over the South Pole.  These “ancient” glacial landforms are strikingly similar to the features we see on the seafloor around Antarctica today that were made by an expanded Antarctic Ice Sheet during the last glacial cold period.”

The atlas is presented at a session at the EGU 2017 science conference in Vienna, Austria on Wednesday 26 April. It was published recently as Memoir 46 of the Geological Society of London. 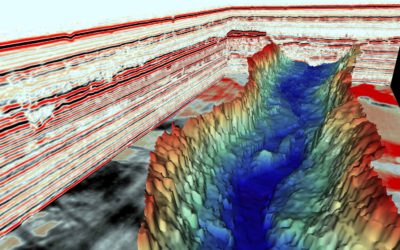 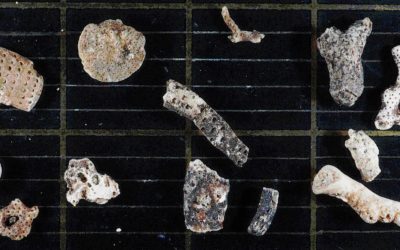 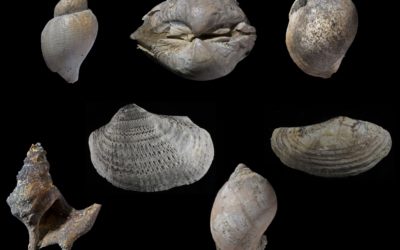