Scientists have recorded markedly increased levels of ‘fluorinated forever chemicals’ in Antarctic snow which are thought to have originated from the use of CFC-replacements.

A team of researchers, led by the University of Lancaster and including British Antarctic Survey (BAS) scientists, extracted and analysed compacted snow cores from the Dronning Maud Land plateau of eastern Antarctica. These cores include particulates that were released from the atmosphere during snowfall and so provide a historic record of the atmosphere between 1957 and 2017. They found that in this time, levels of fluorinated forever chemical have risen consistently with a marked increase in the last few decades.

Fluorinated forever chemicals have a range of uses including in non-stick coating for pans and fire-fighting foams but do not break down naturally when released in the environment.  The most abundant chemical identified was the compound, perfluorobutanoic acid (PFBA), concentrations of which were shown to increase significantly between 2000 until the core was taken in 2017. The cause of this increase is unknown, but researchers suggest that release of volatile ‘precursor’ chemicals into the atmosphere at industrial manufacturing sites could be a major contributor.

“The large increase in PFBA observed from the core, particularly over the last decade, suggests there is an additional global source of this chemical other than polymer production. We do know that some of the chemicals replacing the older ozone-depleting substances like CFCs and HCFCs, such as the hydrofluoroethers, are produced globally in high quantities as refrigerants but can breakdown in the atmosphere to form PFBA. The Montreal Protocol certainly provided huge benefits and protection to the ozone, the climate and to us all. However, the wider environmental and toxicity impact of some of these replacement chemicals is still unknown.”

The results, which are consistent with modelled estimates of PFBA chemical emissions, further add to evidence that show increases in these fluorinated forever chemicals in the Arctic and the Tibetan Plateau and helps provide a global picture and further understanding of how chemicals such as these are transported in the atmosphere.

“These findings are a sobering reminder that our industrial activities have global consequences. Antarctica, so remote from industrial processes, holds this next signal of human activity arising from emissions thousands of miles away. The snow and ice of Antarctica are critical archives of our changing impact on our planet”. 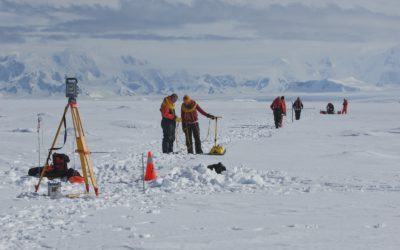 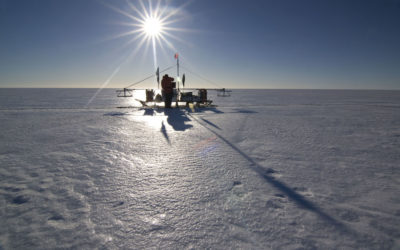