A new international touring exhibition illustrating how innovative contemporary architecture is enabling scientists to live and work in one of the most extreme environments on our planet opens this summer (26 July) in Scotland.

Commissioned by the British Council and curated by the Arts Catalyst Ice Lab: New Architecture and Science in Antarctica, features five imaginative designs for Antarctic research stations. From the newly opened British Antarctic Survey’s Halley VI Research station to the speculative Iceberg Living Station, Ice Lab will give visitors a unique view of the inspiration, ingenuity and creativity behind architecture in the coldest, windiest, driest and most isolated place on earth.

The exhibition features five imaginative designs for Antarctic research stations and opens at Architecture and Design Scotland, The Lighthouse in Glasgow from 26 July to 2 October 2013 before touring to Manchester Museum of Science & Industry (21 October – 6 January) and then internationally.

The first exhibition of its kind, Ice Lab will include architectural drawings, models, photographs and films that give the visitor a sense of what it takes to live and work in Antarctica. Sources of inspiration for the projects will be on display as well as a new commissioned light and audio work by international visual artist Torsten Laushmann. The Glasgow-based artist will create this work in collaboration with ‘We Made That’, the exhibition’s designers.

Ice Lab will highlight the diverse and cutting edge science that takes place on the frozen continent – from collecting 4.5 billion year old meteorites that illuminate how the solar system was formed to drilling ice cores whose bubbles of ancient air reveal the earth’s climate history; from cutting edge astronomy peering into the world’s clearest skies to studying its Dry Valleys, the closest thing to ‘Mars on Earth’.

The featured projects are:

An events programme will run alongside the exhibition including film screenings, talks and workshops in architecture, design, art and science.

Manchester (during the opening of Manchester Science Festival)

About the British Council

The British Council creates international opportunities for the people of the UK and other countries and builds trust between them worldwide. We are a Royal Charter charity, established as the UK’s international organisation for educational opportunities and cultural relations. Our 7000 staff in over 100 countries work with thousands of professionals and policy makers and millions of young people every year through English, arts, education and society programmes.

About Architecture and Design Scotland (A+DS)

Architecture and Design Scotland is Scotland’s champion for architecture, design and placemaking, including a programme of exhibitions, events and education based at The Lighthouse, Glasgow.


About the Arts Catalyst

The Arts Catalyst is one of the UK’s most distinctive arts organisations, distinguished by ambitious art commissions and its unique take on art-science practice. Our primary focus is commissioning new artists’ projects, presented in a range of museums, art galleries and other public spaces in the UK and internationally. 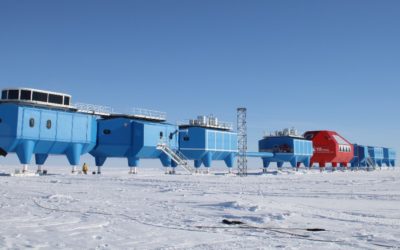