A GP who wrote a book about his time working as the British Antarctic Survey’s doctor at the Halley V research station has won the Scottish Book of the Year Award.

Dr Gavin Francis was presented with the award, and prize money of £30,000, at a ceremony on Nov. 2nd.

He spent 14 months at Halley V from 2002 to 2004. His book, “Empire Antarctica”, was commended for being both vivid and captivating.

It’s described as being the story of one man and his fascination with the world’s loneliest continent, as well as the emperor penguins who weather the winter with him.

Gavin was competing against three other writers in the Fiction, Poetry and First Book category.

He now works part-time as a GP in Edinburgh and writes the rest of the time. Gavin said “It is such a fabulous validation of what I’m trying to do, juggling a career as a GP and as a writer”.

The Scottish Book of the Year Award has been running since 1970 and is sponsored by the Scottish Mortgage Investment Trust.

“Empire Antarctica” is published by Chatto and Windus. 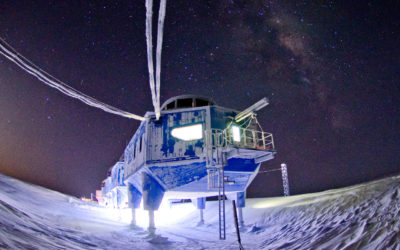