The first comprehensive “inventory” of sea and land animals around a group of Antarctic islands reveals a region that is rich in biodiversity and has more species than the Galapagos. The study provides an important benchmark to monitor how they will respond to future environmental change.

Reporting this week in the Journal of Biogeography, the team from British Antarctic Survey and University of Hamburg, describe how they combed the land, sea and shores of the South Orkney Islands, near the tip of the Antarctic Peninsula, using scuba divers and trawled nets to catch creatures as deep as 1500 metres.

Animals recorded were then checked with a century of literature and modern databases and the team concludes there are over 1200 known marine and land species. These include sea urchins, free-swimming worms, crustaceans and molluscs, mites and birds. Five were new to science.

“This is the first time anybody has done an inventory like this in the polar regions. It’s part of the Census of Marine Life (COML) — an international effort to assess and explain the diversity and distribution of marine life in the world’s oceans. If we are to understand how these animals will respond to future change, a starting point like this is really important.”

“We never knew there were so many different species on and around these islands. This abundance of life was completely unexpected for a location in the polar regions, previously perceived to be poor in biodiversity.”

Stunning broadcast-quality footage and stills of Antarctica as well as location maps are available from the BAS Press Office.

Marine, intertidal, freshwater and terrestrial biodiversity of an isolated polar archipelago by David K A Barnes, Stafanie Kaiser, Huw Griffiths and Katrin Linse is published this month in the Journal of Biogeography.

Twenty three scientists from five research institutes spent seven weeks on the British Antarctic Survey’s research vessel the RRS James Clark Ross as part of the BIOPEARL cruise which visited the South Orkney Islands in 2006 as part of the Census of Marine Life (COML). COML is a 10 year international effort (started in 2000) to assess and explain the diversity, distribution and abundance of marine organisms in the world’s oceans. More information about COML.

The BIOPEARL cruise sampled seven areas at three different depths — 200m, 500m, 1000m, 1500m, four areas on land and dived at three islands. The samplings for this study took place at the South Orkney Islands showing biodiversity is high. This was then compared to 100 years of literature and modern databases and the team concluded there are 1224 species in total. Of these, nearly a third were new to the area, whilst five species were new to science. Of the 1224 species that were found, 1026 are marine and most (821) of these live on the seabed. Over 50 major types of animals were recorded and most were found in the sea than on in land — typical only for the polar regions.

The sea around the South Orkney Islands is much less rich than in Hawaii, Caribbean Islands or the Canaries but surprisingly has more known species than the Galapagos, and many temperate and tropical regions.

Groups of islands in the polar regions appear to be the last place where biodiversity is much the same as when man first starting researching them. The team found little evidence of invasive species in the 100 years of data from study on the islands. 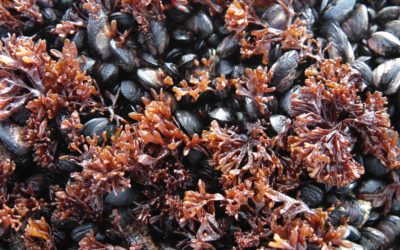