A team of scientists, led by researchers from the British Antarctic Survey, has used tiny electronic tags to study the decline in numbers at a colony of macaroni penguins, monitoring their comings and goings for more than ten years using a purpose built electronic gateway. The technology has revealed new information about the survival rates of this species, helping scientists better understand the threats they are under.

The macaroni penguin population on the South Atlantic island of South Georgia has declined by almost seventy per cent since the early 1980s. Since 2003, adults and fledglings have been tagged with electronic transponder devices, much like those used by pet owners to mark their cats and dogs. An electronic scanner placed at the entrance to their colony then registered the tags and recorded each bird’s identification number as it came and went, over a period of ten consecutive breeding seasons.

Scientists used the vast amount of data collected to explore year-to-year survival rates and uncover the biggest pressures on the population. Published this week in the Journal of Animal Ecology, their findings have important implications for understanding how the population may react to external changes.

“Penguins are facing rapid changes in their environment, but at South Georgia, in the southwest Atlantic, we found compelling evidence that predators are the most important factor influencing the survival of chicks as they leave the colony for the first time. This is a big leap forward as we had no idea that predation could be such a strong driving force. Knowing what drives survival rates of penguins puts us in a much better place to predict how these populations may change in the future.”

Previous studies on penguin survival rates have focussed on the influence of environmental pressures. This study shows that macaroni penguins are influenced by both environmental and predation pressures. The scientists found penguins were particularly vulnerable to predation by other seabirds, giant petrels, which also nest on the island. Chicks were found to be particularly vulnerable with only a third surviving their first, fledgling, year.

The research underpins the need to study multiple causal effects across various stages of the life cycle in seabirds, when assessing their survival rates.

The research paper, Survival in macaroni penguins and the relative importance of different drivers; individual traits, predation pressure and environmental variability is published by the Journal of Animal Ecology

The research was conducted by scientists from British Antarctic Survey, University of Glasgow and University of Liverpool. It was made possible with a NERC research grant.

The tags used on the macaroni penguins are similar to the microchips used by pet owners. They are placed on the skin on the animal’s back and no harm is done. 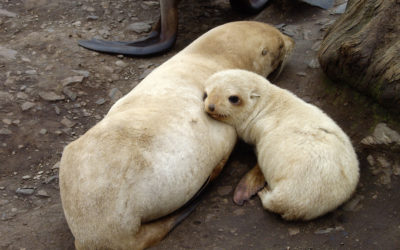 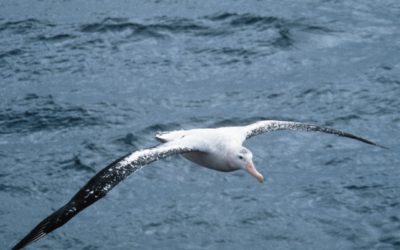