*Did you miss the live event on 22 April? The recording is now available to watch below, or on Youtube via: https://youtu.be/8r3xdrp5GGI*

Online launch of The Song of the Ice from Steve Garrett for Earth Day 2020 took place on Youtube Live on 22 April 2020. The piece brings together music, science, sound, animation and images telling the story of the life of the Antarctic ice sheet.

“I’m delighted to share this new work which touches on geology, geophysics, glaciology, climate science, light, sound and music. I hope it tells the story of the Antarctic ice sheet in a different way, highlighting it’s long history, dynamic nature, beauty and role as witness to the changing state of our planet”. 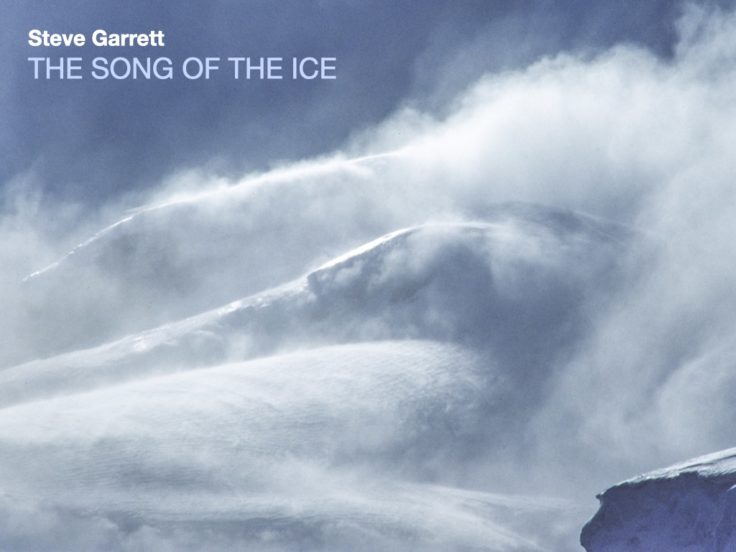 The video and introductory talk will subsequently be available on YouTube and the music for free download via Bandcamp. The work is in three sections:

1 isolate: the last 180 million years – other continents move away, ending with Antarctica left alone, surrounded by the circumpolar current with the ice sheet forming.

2 grow: the last 30 million years — the ice sheet forms and moves, accompanied by the sounds of the ice from microseismic data and images from my field work across the Antarctic Peninsula and West Antarctica.

3 breathe: the last 0.8 million years — the rise and fall of C02 in Antarctic ice cores converted from parts per million to sound frequency and a musical theme, with a ‘spike’ at the end reflecting recent conditions.

Partners in this project include Andy Smith, David Vaughan, Rob Mulvaney, Sofia-Katerina Kufner at the British Antarctic Survey, together with Chris Bell and Stuart Hamilton.

BAS project partners have shared their perspectives on ‘The Song of the Ice’ below:

“The Song of the Ice, is an ambitious project.  One that could only have been undertaken by an extraordinary individual.  An individual with both a deep understanding of Antarctica and its journey through eons of geological time, and one with a rare musical talent to bring that story to life.  Steve Garrett is that extraordinary individual, and in ‘The Song of Ice’, he takes us on an uplifting visual and musical journey, which will thrill, captivate and enthral everyone who joins him.  Science changes lives and music changes lives; beware, ‘The Song of the Ice’ is powerful stuff!”

“Science, sounds and sights have been constant presences throughout my life, but normally as separate entities. In The Song of the Ice, Steve Garrett has achieved a truly remarkable and unique integration of all of them, using the Antarctic Ice Sheet as a unifying theme. After decades of wondering how environmental records from Antarctica would sound if only someone had the vision and inspiration to present them in a way we could hear, now I know. The Song of the Ice is an amazing achievement. Watch and listen; it will take your mind to far-away places and through distant times.”

“I have spent the last ten years of my live looking at ice- and earthquake data. Suddenly I can hear them. Thanks to Steve for opening up this fascination new dimension.”

About Steve Garrett: Born in London, Steve has lived, travelled and worked as an earth scientist across the UK, Antarctica and North America, and now calls Scotland home. He’s had diverse musical experiences along the way, reflected in his recordings In Arden, Discover and Endure & Even Song which re-imagine jazz, folk, rock and classical music. His work has been received well by audiences, radio stations and magazines across the UK.