Ice-free areas in Antarctica could expand by close to 25 per cent by 2100 and drastically change the biodiversity of the continent, research published this week in Nature has shown.

The paper examines, for the first time, the impact of climate change on ice-free areas in Antarctica, which currently cover less than one per cent of the continent, yet are home to almost all Antarctic plants and animals. A team of international researchers, led by the Australian Antarctic Program (AAD), shows a warming climate will cause ice-free areas to expand and join together.

“While this might provide new areas for native species to colonise, it could also result in the spread of invasive species, and in the long-term, the extinction of less competitive native species,” lead author from AAD Dr Aleks Terauds says.

“We predict that melt across the Antarctic continent will lead to the emergence of up to 17,267 km2, close to 25 per cent, of new ice-free areas by the end of this century. The Antarctic Peninsula shows the greatest change, but there are also impacts along the East Antarctic coastline.”

She continues: “Permanently ice free areas range in size from less than one square kilometre to thousands of square kilometres and they are an important breeding ground for seals and seabirds. They are also home to small invertebrates such as springtails and nematodes, and vegetation including fungi, lichen and moss, many of which occur nowhere else in the world.”

Dr Aleks Terauds says the findings of the study were especially important given the restricted distribution of many of these species, which are often only present in a single region across the continent, or even a single ice-free area.

“Understanding the effect of expanding ice-free areas is essential if we are to fully understand the implications of climate change in Antarctica,” he says.

This research was presented to the Committee for Environmental Protection at the recent Antarctic Treaty Consultative Meeting held in China in May.

“Warming combined with increasing precipitation across Antarctica is a consistent feature of computer model simulations of scenarios of 21st century greenhouse gas increases and this study makes a major advance in understanding the implications of such change.

“It also demonstrates the crucial importance of multi-disciplinary collaboration in quantifying the impacts that significant climate change would have on the Antarctic environment.” 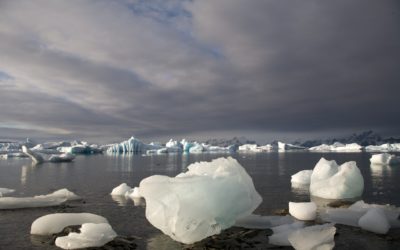