Climate change clues in the rough seas of the Southern Ocean

On 30th November 2010 scientists aboard the RRS James Cook will be leaving Punta Arenas, Chile to study the movement of water in the Southern Ocean — from the surface to the deep abyss. Dr Mike Meredith of the British Antarctic Survey and Dr Alberto Naveira Garabato of the UK’s National Oceanography Centre, Southampton will be leading an international team to study how different water masses mix in this remote ocean.

During the six-week expedition the scientists will be looking for signs of a man-made tracer that was released two years ago at a depth of 1500 metres. The team will be measuring how far and deep it has travelled, indicating the rate of horizontal and vertical mixing between different water layers.

‘The Southern Ocean is the main place in the global ocean where water masses get exchanged between the surface and the deep ocean floor, carrying with them heat, carbon and nutrients. The eddies and currents in the Southern Ocean play a crucial role in the global circulation and even have an effect as far away as the North Atlantic.”

The tracer was released into the Antarctic Circumpolar Current — the strongest of the world’s ocean currents — two years ago by an American team that included Dr James Ledwell and colleagues from the Woods Hole Oceanographic Institution. James Ledwell joins this team to record its progress. The man-made tracer, trifluoromethyl sulphur pentafluoride (CF3SF5) is detectable in minute concentrations. It will remain in the ocean for decades until it escapes through the sea surface.

“The Antarctic Circumpolar Current circles Antarctica with no interruption by land masses, linking the Pacific, Atlantic, Indian and Southern Oceans. We will be measuring how eddies mix water masses across the ACC with a swarm of 150 subsurface floats, and how the underlying seabed affects the turbulence of this current as it flows over the underwater topography with turbulence-measuring profilers. This will be the first time that some of these measurements are made in the Southern Ocean.”

There are several reasons why mixing in the Southern Ocean is of interest to the scientists. As well as heat exchange between the oceans, this mixing brings nutrients from the deep ocean to the surface — nutrients needed by phytoplankton. In addition to being the base of the ocean food chain, phytoplankton plays a key role in the carbon cycle — it removes the carbon dioxide generated by burning fossil fuel carbons from the atmosphere to the deep ocean. Ocean mixing also affects the global concentration of atmospheric CO2 as it is sensitive to the rate at which this exchange happens. Measuring all these factors will help quantify the rate of climate change.

Joining the NOC and BAS oceanographers are scientists from a number of British and American institutions, including the Universities of East Anglia, Florida State, Southampton and Washington; Lamont-Doherty Earth Observatory and Woods Hole Oceanographic Institution.

The expedition is funded by the UK’s Natural Environment Research Council (NERC) and the American National Science Foundation (NSF) and is part of the DIMES project consortium. (DIMES, the Diapycnal and Isopycnal Mixing Experiment in the Southern Ocean) Isopycnal means approximately horizontal mixing — along surfaces of constant seawater density, diapycnal means approximately vertical mixing — across surfaces of constant seawater density. The experiment aims to determine how much of each is involved in returning the deep water that sinks in the North Atlantic to the ocean surface.

The RRS James Cook departs from Punta Arenas, Chile on the 30th November, returning on the 8th January 2011. The scientists will be available for interview until 24th November 2010 before departing to join the ship.

Dr Alberto Naveira Garabato + (0)23 8059 2680 [email protected] of the University of Southampton’s School of Ocean and Earth Science based at the National Oceanography Centre was recently awarded a 2010 Philip Leverhulme Prize. These prestigious prizes are awarded annually to the “best young scientists in the UK” and carry a value of £70,000 that the prize holder can use for any purpose in support of their research activity.

Dr Mike Meredith is Science Leader of the Polar Oceans Programme, part of British Antarctic Survey’s science programme — Polar Science for Planet Earth. Tel +44 (0)1223 221586 [email protected]. The Polar Oceans programme investigates the role of processes and changes both in the shelf sea and in open-ocean environments, and will further our understanding of polar control of the Earth System.

British Antarctic Survey (BAS) is a component of the Natural Environment Research Council, delivers world-leading interdisciplinary research in the Polar Regions. Its skilled science and support staff based in Cambridge, Antarctica and the Arctic, work together to deliver research that underpins a productive economy and contributes to a sustainable world. Its numerous national and international collaborations, leadership role in Antarctic affairs and excellent infrastructure help ensure that the UK maintains a world leading position. BAS has over 450 staff and operates five research stations, two Royal Research Ships and five aircraft in and around Antarctica.

The National Oceanography Centre (NOC) is a new national research organisation that went live on 1 April 2010. NOC works in partnership with the UK marine research community to deliver integrated marine science and technology from the coast to the deep ocean. It was formed by bringing together into a single institution NERC-managed activity at the National Oceanography Centre, Southampton and the Proudman Oceanographic Laboratory in Liverpool. The University of Southampton and the University of Liverpool are hosting partners of NOC. The University of Southampton’s School of Ocean & Earth Science shares a waterfront campus with the NERC-operated elements of the NOC, and a close collaborative relationship is maintained at both Southampton and Liverpool.

The Woods Hole Oceanographic Institution is a private, independent organization in Falmouth, Mass., dedicated to marine research, engineering, and higher education. Established in 1930 on a recommendation from the National Academy of Sciences, its primary mission is to understand the ocean and its interaction with the Earth as a whole, and to communicate a basic understanding of the ocean’s role in the changing global environment. 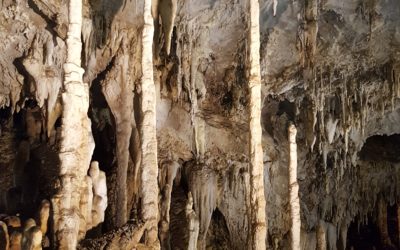 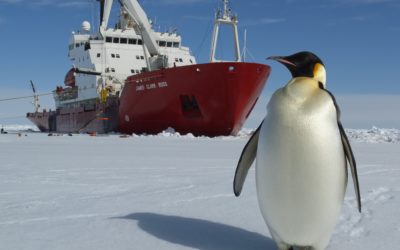