APRIL 2017.  It is with deep sadness that we report that Captain Malcolm Phelps, formerly of the RRS John Biscoe,  passed away on Saturday 8th April 2017 after a long illness.  Malcolm joined BAS in 1965 as second officer on RRS John Biscoe, becoming chief officer at the end of his first voyage. From 1972 he was the ship’s master until his retirement in 1991.

Edmund Malcolm Stuart Phelps was born in Stafford on 16 November 1928. On leaving school, he spent a year at Warsash Nautical College before joining P & O as a deck cadet in October 1946. Having completed his apprenticeship, he served with various merchant shipping companies.

He joined BAS as 2nd Officer on 28 December 1964, embarking on RRS John Biscoe in January 1965 in the Falkland Islands.  Promoted to chief officer the following season, under Captain Tom Woodfield, he became master of the Biscoe on 1 July 1972. He was her sole master until 1975 when, to enable shorter periods of seagoing duty to be introduced, he became her joint captain, a role he held until his retirement on 1 June 1991.  Malcolm was in command for her final passage from Stanley, Falkland Islands, to Grimsby, where she arrived on 8 May 1991 to a magnificent civic reception, prior to her sale on replacement by RRS James Clark Ross. To mark his own retirement, he was given an oil painting of the Biscoe in Lemaire Channel by the artist David Smith.

Malcolm was awarded the Polar Medal in 1987.  In May 1986 he was presented with a Special Barograph Award by the UK Meteorological Office in recognition of the work he had performed as a voluntary observer since 1949, and in 1991 an Excellent Award for the quality of the ship’s meteorological logbooks.

The Biscoe and Malcolm featured prominently in the 1976 BBC documentary “Operation John Biscoe – The relief of British bases in Antarctica”, first broadcast on 23 December 1976.  This gives a good insight into Malcolm’s skill as a mariner and sea ice navigator, his unflappable character and the important role the ships performed.  This work was extended to more intense ship-based science after 1979, following a major refit of RRS John Biscoe as a platform for science, initially as part of the Offshore Biological Programme and continuing throughout Malcolm’s career with BAS.

Captain Phelps was honoured by the naming of an Antarctic rock feature.  The following entry is from the History of Place-Names in the British Antarctic Territory: 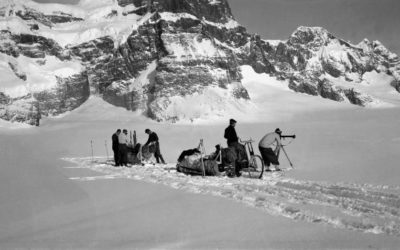 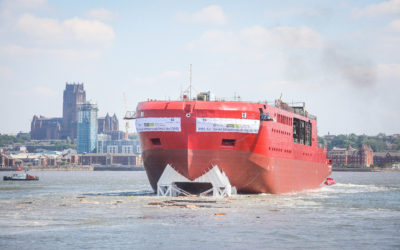 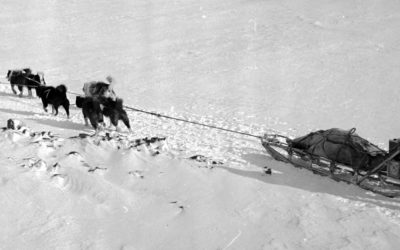