Free and open to the public, the lecture sought to encourage public appreciation of the excitement and vitality of science and to spark interest in mathematics and application. It took place during the week-long SIAM Annual Meeting, July 10-14, and is named for the co-founder of SIAM, Dr I. Edward Block, to recognise his contributions to the growth of SIAM and to perpetuate his vision.

“Climate change is one of the greatest challenges of our time” Shuckburgh says. “My research applies techniques from diverse branches of mathematics to unravel the workings of our climate. It captures, for example, the hidden geometry shaping the circulation of our oceans and employs tools from machine learning and artificial intelligence to make sense of the vast data streams coming from computer models and observations.”

Shuckburgh is a climate scientist and deputy head of the Polar Oceans Team at British Antarctic Survey, which is focused on understanding the role of the polar oceans in the global climate system. Her area of focus is on improving the understanding of the atmosphere and oceans in order to more accurately predict future changes in the climate.

Her presentation on July 12 – entitled From Flatland to Our Land: A Mathematician’s Journey through Our Changing Planet –was a demonstration of the power of mathematics to address the world’s most pressing issues.

“The application of mathematical ideas and tools is driving forward our knowledge of our changing climate and the risks posed to society and the natural world, and is guiding our response to this global threat,” Shuckburgh says.

The society for Industrial and Applied Mathematics (SIAM), headquartered in Philadelphia, Pennsylvania, is an international society of more than 14,000 individual, academic and corporate members from 85 countries. SIAM helps build cooperation between mathematics and the worlds of science and technology to solve real-world problems through publications, conferences, and communities like chapters, sections and activity groups. Learn more. 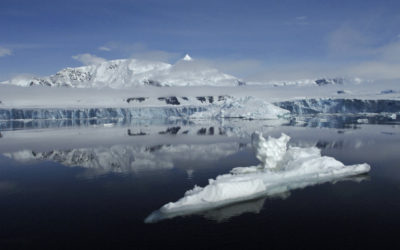