For the last six decades, the institute has made a global impact on scientific research, including the discovery of the Antarctic Ozone Hole at Halley Research Station in 1985.  Research from BAS scientists is currently informing government and policy makers on international challenges, including speaking at major climate change conference COP 27 and acting as a key contributor to the Intergovernmental Panel on Climate Change (IPCC) for the last 20 years.

The organisation is kicking off celebrations with a special series of live talks from scientists to school students on what it is like to work in Antarctica and why research on the polar regions continues to be of vital importance. The webinar series from leading scientists, includes talks on a variety of topics from the ocean around Antarctica to looking at its past climate. The talks are suitable for students aged 5-18 and organised in collaboration with the International Thwaites Glacier Collaboration.

“British Antarctic Survey evolved from the Falkland Islands Dependency Survey (FIDS) 60 years ago and has played an important role in Antarctic science, logistics and environmental protection since then. We look forward to the next sixty years, where we can continue to deliver world-class research to understand the frozen continent and its impact on the planet.”

Flags designed by school students have also been on display at BAS stations in Antarctica. The Antarctica Day Flag Initiative is run by the UK Polar Network with school students designing flags to symbolise the content, since it lacks an official flag.

This year has already seen some major milestones for BAS, with the new polar ship for Great Britain, the RRS Sir David Attenborough completing its first successful trip to Antarctica; it will start vital polar trials to test onboard scientific instruments over the coming months. Over 500 people are working in Antarctica this season on BAS research stations, on the RRS Sir David Attenborough, in the field, and in collaboration with other Antarctic operators.

Antarctica Day was inaugurated in 2010 to celebrate the 1 December 1959 signature of the Antarctic Treaty, which was adopted “with the interests of science and the progress of all mankind.” The Antarctic Treaty has been signed by over 50 nations to date and covers the area south of 60°S latitude. The Treaty has ensured that Antarctica remains a natural reserve, devoted to peace and science.

BAS has its origins in a secret World War 2 mission, Operation Tabarin, designed to keep enemy ships out of Antarctic waters, while also collecting scientific data for the final years of the war. In 1945 the three Antarctic bases and scientific research were transferred to a new organisation, the Falkland Islands Dependencies Survey (FIDS). Following the British Government decision to rename to British Antarctic Territory, British Antarctic Survey was born to reflect this change. 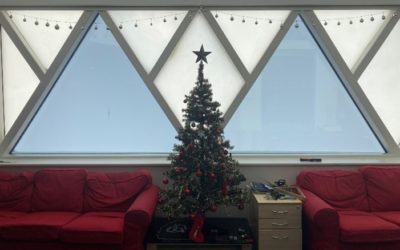 Celebrating the Festive Season in Antarctica 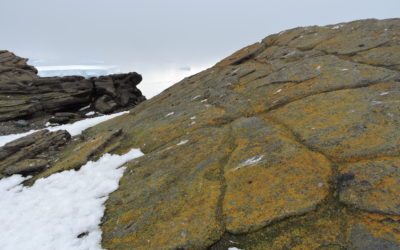