Antarctica – the coolest Live Earth gig in the world

What must surely be the coolest gig in this summer’s Live Earth concerts takes place at the British Antarctic Survey’s (BAS) Rothera Research Station. On 7 July the science team’s indie-rock house band, Nunatak* will debut in the global event that features over 100 of the world’s top musical acts. Concerts from all 7 continents will raise awareness of climate change world-wide.

Darkness and freezing temperatures isolate the Antarctic continent during the Southern Hemisphere winter so the only people who can actually go to the Antarctic concert will be Nunatak’s 17 over-wintering colleagues. But an astounding 2 billion people worldwide will get to enjoy the 5-piece combo through broadcasts on TV, film, radio and the internet.

“I can’t believe we’ve been invited to do this – it’s a fantastic opportunity to encourage people of the world to deal with climate change.   We expected to spend our Antarctic winter here at Rothera quietly getting on with our work and maybe performing at the occasional Saturday night party.  We could never have imagined taking part in a global concert!

“The need to reduce our carbon emissions to avoid serious climate change is one of the greatest challenges humans have had to confront – is a complex issue that will only be solved by us all working together – scientists, politicians and society.  Right now, Antarctic scientists and our colleagues in the Arctic are taking part in International Polar Year – the biggest ever globally co-ordinated research effort – to help find the way forward.  Hopefully, Live Earth will make a real difference in public awareness and attract talented young people to become scientists – it’s a cool job with a real purpose.  I am looking forward to Nunatak’s appearance in the Live Earth concert inspiring young people the world over.”

For further information or to arrange pictures or interviews, please contact:

The world-leading British Antarctic Survey (BAS) is the UK’s national Antarctic operator.  For over 60 years it has been at the forefront of scientific research into important global issues such as climate change, biodiversity and ozone depletion.

It is a component of the Natural Environment Research Council.  With an annual budget of around £40 million, BAS runs nine research programmes and operates five research stations, two Royal Research Ships and five aircraft in and around Antarctica . More information about the work of the Survey can be found at:

Research by British Antarctic Survey revealed the collapse of the 3250 km2 Larsen B Ice Shelf in 2002. During the past 40 years the average summer temperatures in this region of the north-east Peninsula has been 2.2°C.  The western Antarctic Peninsula has showed the biggest increase in temperatures (primarily in winter) observed anywhere on Earth over the past half-century.

BAS is committed to communicating its science and operations to all sectors of society and encouraging informed dialogue about global environmental issues.

* Nunatak (a Greenlandic word): An exposed summit of a ridge mountain or peak (not covered with snow) within an ice field or glacier. These stunning features occur in the most remote beautiful yet fragile and threatened environments on our planet. 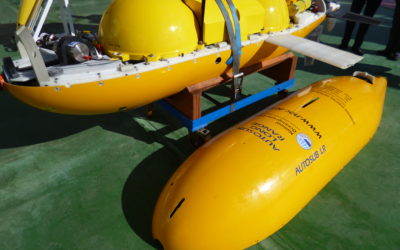