Satellite pictures, from the European Space Agency (ESA), revealed that the 40-km (25 mile) long strip of floating ice believed to pin the Wilkins Ice Shelf in place had snapped at its narrowest point of about 500 meters wide off the Antarctic Peninsula. As the ice shelf shattered an armada of hundreds of small icebergs was created.

According to British Antarctic Survey glaciologist Professor David Vaughan the retreat of Wilkins Ice Shelf is the latest and the largest of its kind. Eight separate ice shelves along the Antarctic Peninsula have shown signs of retreat over the last few decades. There is little doubt that these changes are the result of atmospheric warming on the Antarctic Peninsula, which has been the most rapid in the Southern Hemisphere.

In January this year Professor Vaughan visited the Wilkins Ice Shelf to place monitoring equipment on the ice. This, together with the quality and frequency of images acquired by ESA satellites, mean that the break-up of Wilkins Ice Shelf can be analysed far more effectively than any previous break-up. He says, “For the first time, I think, we can really begin to see the processes that have brought about the demise of the ice shelf.” 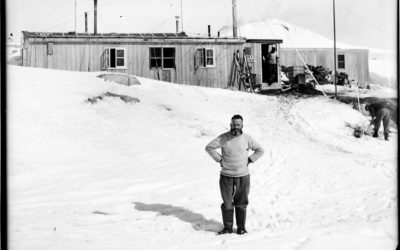 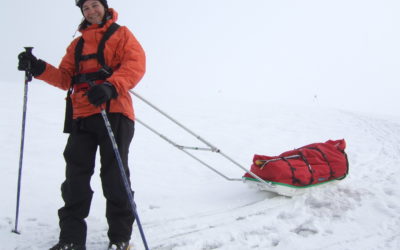 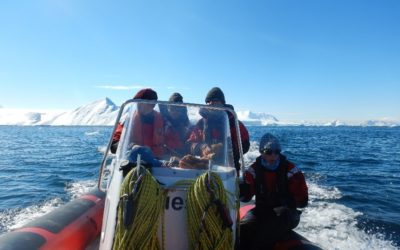 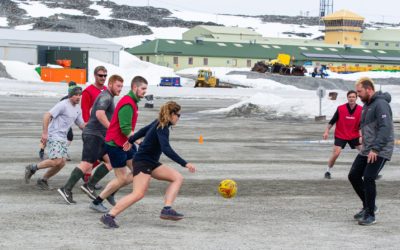