When it’s an aquarium !

One of the many jobs undertaken onboard the Shackleton is a continual battle against the elements to ensure the ship remains in tip-top condition. From Charlie Chalk the Bosun and his continual program of painting, to myself and keeping the lights burning.

Our onboard system will even let us know of impending problems. One such problem was a reported ‘Earth Fault’ on the Focs’le Deck lights.

* Focs’le = ‘Fore Castle’ or very front of the ship

So taking my voltmeter in hand, I went below to investigate – only to find our forward lights were swamped with sea water. Is it any surprise, when you consider the amount and size of seas that the Shackleton had experienced since leaving Cape Town South Africa in December ? It is only in the last week that the seas have abated and we have been sailing comfortably.

So with the whole Southern Atlantic Ocean trying to climb onto the ship’s focs’le, is it any wonder that a little of it found it’s way into the light fittings around the decks ?… But there is a limit to what you would expect to find in a 230vac Marine Light Fitting … ?

But once dried out and greased up with new lamps fitted within, I am happy to report the Earth Fault disappeared and the lights were brought back to full servicablity.StevieB – Chief Aquarium Keeper. 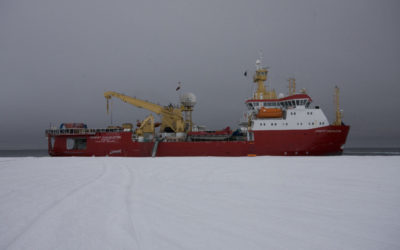 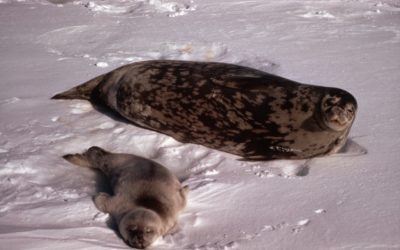 The Shackleton in February 2009