Lanternfish are found in many of the world’s oceans and get their name from the numerous photophores (light organs) that occur all over their bodies. Also known as myctophids, they are incredibly abundant in the twilight zone of the ocean (the region between 200 and 2000 m depth) – so much so that swarms of lanternfish can be detected using sonars. They are also an important part of the Southern Ocean food web: higher predators including king penguins, fur seals and toothed whales feed on them, and the lanternfish are themselves predators of zooplankton and krill. One of the main goals of our current science expedition on board the RRS James Clark Ross is to find the source of the large numbers of lanternfish that inhabit the Southern Ocean.

Although the importance of lanternfish within the Southern Ocean food web is now well established, the source of their great abundance remains a mystery. So far, studies have failed to find the younger juveniles of many myctophid species within Southern Ocean waters. Without knowing how these organisms replenish their populations, it is difficult to predict how they will be impacted by the climate variability and change that affects many Southern Ocean ecosystems.

Onboard the RRS James Clark Ross, we are carrying out extensive surveys at the northern limits of the Southern Ocean to try and find these elusive lanternfish nursery grounds. We use a combination of nets in order to catch both the juveniles and adults. In addition, fish-finding echo sounders are used to detect layers of myctophids deep in the ocean and to monitor their behaviour. In particular, these animals undertake remarkable vertical migrations, rising from depths below 1000 m to feed in the rich surface waters during the night.

“This is an important survey that will hopefully provide some answers to one of the major scientific puzzles of Southern Ocean ecosystems. If we succeed in finding the larvae, it will indicate that a major part of the Southern Ocean foodweb relies on a mass immigration of organisms from sub-Antarctic waters further north.”

“These are difficult waters to sample, with strong currents and unpredictable weather. However, the team has battled on in a dedicated way to get the samples we need to solve this major scientific question.” 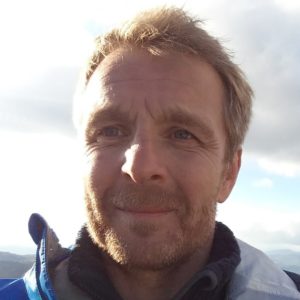