Polar ecologist prepares for the ice – Blog No 2

New blog from ecologist Jes Bartlett who will be spending the Austral summer working at Signy Island Research station. Here she describes her pre-deployment training.

Shortly after the sigh of relief that was getting my cargo packed off, I attended the 6 days of classes, job-specific training and First Aid Plus course that make up ‘Pre-Deployment Training’. This an intense week that all BAS staff and visiting researchers have to attend prior to deployment South, the aim of which is to prepare us all for the experience and ensure that our time in Antarctica harms nothing and no-one as much as possible. We are educated on the Antarctic Treaty; biosecurity and environmental impacts; the broad range of research conducted by BAS as well as more personal aspects of how to cope with life in Antarctica and how to make the most of this incredible experience.

For me, meeting my Signy crew was the most anticipated aspect, as I’m sure it was for most people there. Nothing like the prospect of being effectively marooned on a remote island to make you all want to get to know each other pronto! Thankfully everyone I met was smashing, without a hint of ‘passive aggressive post-it noter’ about them. But then, this is a pre-planned field season not an episode of Lost, and BAS is very good at spotting the right candidates for deployment.

The best kinds of people to have with you in Antarctica are not only those who are excellent in their respective fields, but who are also down-to-earth, positive and pragmatic; qualities that BAS are always on the look-out for. Furthermore, the importance of these traits were continually emphasised throughout our training, as was the need to be able to work as a team in the most extreme of situations: that of life and death. Which brings me to the First Aid training –The British Antarctic Survey’s Medical Unit was out in force for the three days of training and guidance. The pinnacle of our training being a closed-door ‘live’ scenario test, where we roamed the attic bedrooms of Girton College in groups, opening doors into unexpected scenes of horror and chaos. Our patients for the day were actors from Casualty Union and good grief they were good. One lady with a very convincing broken leg damn near broke my fingers as she squeezed them in her moments of ‘pain’! Bedecked with Casualty level fake wounds and even a network of hidden pipes to pump blood from whatever unfortunate injury had befallen them, the actors and Dr’s tested us both as individuals and as teams to see how we would deal with the traumas. We covered everything from drowning, hypothermia, broken legs and lacerations. First prize for dedication to special effects goes to the gentleman who had fallen through a glass window. I watched a fair few people walk out of that room looking a little shaken; covered in fake blood! Hopefully none of us will have to encounter anything near as gruesome or dramatic, but thanks to this type of training we will be better prepared than your average First Aider.

Signy Island is remote, and has no possibility for an air strip, with the only real means of getting in or out via boat, so all of us sailing with BAS are required to know what to expect in case of the worst. Hence my final training course was in Sea Survival with Beyond Limit in Gloucestershire. This was a day long course in survival techniques in case of an abandon ship or sinking. The day was divided in two parts, theory and practice. The morning was spent in the classroom and then after lunch we all donned bright red immersion suits and began the best bit: jumping off the pier into the water. Turns out there is a knack to jumping off the side of a ship, even more so when you are in a vast neoprene suit full of air. For starters, you don’t actually jump, you step. And for reasons I am yet to fathom, if you jump you come up feet first, which whilst hilarious if you are watching is unnerving when it happens to you! Over the course of 2 hours we carried out a floundering display of drills and survival techniques with all the grace of cats in a bath. It all culminated in us being able to single-handedly turn over a flipped life-raft from the water, belly flop into it and ultimately deal with a casualty. I hope I never have to undergo this in real life, not least because you’re as cramped as sardines in a tin. You wouldn’t want to spend an hour bunched together like that, let alone deal with sick or injured people too. But thankfully, this is all worst case scenario preparation, not a role play for likely events!

From here on in the rest of my training is personal fitness: After several years of hard play and field work, my knees aren’t up to scratch, so I’ll be spending most of my evenings doing physiotherapy, and my weekends hill walking around the UK in a bid to get ready for the rough terrain on Signy. In two months’ time I will be beginning my journey South to test my knees out for real. So the next time you hear from me, it will be from Antarctica! Until then, Happy Autumn and wish me good hill walking weather! 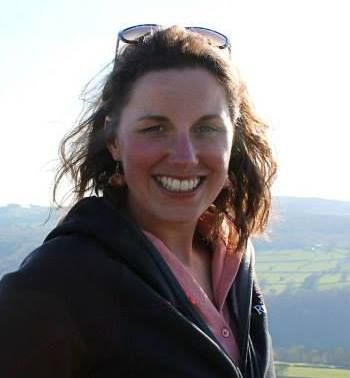 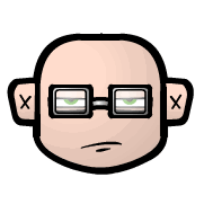