Time had drawn upon us. It would be soon that RRS Ernest Shackleton would be leaving and isolate the remaining winterers until the following spring. When like great crimson beasts the aircraft would migrate back to this wondrous continent and bring welcomed old faces and no doubt new ones too. March had seen a busy time. With the departing winterers making their final preparations to travel back home and see their friends and loved ones. Though with the base high in emotion and thought, time was found for fun and games a plenty. A particularly lively evening was the ‘Spanish Night’. Izzy the departing chef, and Cyril her counterpart had maintained their standards and provided everyone with a five star paella with sangria and wine. John Bursnall was one of the providers of entertainment with an interesting bi-lingual serenade philosophising his return to the U.K. Andy Miller also provided high quality musical entertainment through the evening. This ‘themed evening, as with the majority, appropriate dress was required. All manner of Anglo-Mediterranean attire was devised and provided a very colourful backdrop to the night. Andy ‘Z’ Wilson can be seen in his impressive bespoke costume. He could often be found cruising the bar looking for ‘senoritas’ in distress, unsuccessfully I might add. While Paul ‘Garnet’ Torode kept up the ‘stiff lip’ on behalf of all ex-pats.

The imminent departure of the Shackleton saw the base very busy with ‘relief’ where all the waste produced from the previous winter and summer is sorted, packed up and loaded onto the ship. As well as removing all the waste, hundreds of barrels of fuel were unloaded for use over winter and for next season. As ever relief was executed in a lean professional manner and finished within target.

With Relief finished a slightly more relaxed atmosphere was adopted. All the winterers who were to remain on base had been invited for a ‘last night’ dinner on RRS Ernest Shackleton. We all donned our best togs and were waited on hand and foot by the sleek professional staff, all eager to please. A thoroughly enjoyable meal was had by all before retiring to the ships bar for a relaxing evening burning the midnight oil. Again an excellent night was had by all.

The morning after the night that was, saw the departure of the Shackleton. We all gathered at the wharf and saw our new friends that we’d spent so much time with over the summer about to leave. And possibly never see again. For some this bond was all so much greater and the air was thick with emotion. The usual banter was exchanged and in some instances last minute jokes were revealed as when Hamish Campbell’s Scottish flag was revealed on board the ship and subsequently on its way back to the U.K.!! Though I’m sure he’ll get it back with the return of post in the spring. An almost melancholy silence came over the wharf when the ship departed. As we all assembled to watch this great vessel and all she stood for slip away into the horizon probably not two thoughts were the same in any two winterers minds. For some of us a new chapter had begun, as we stood there with the Antarctic sky resting in our hands. I’m sure some of us felt short of ragged and naive. The following days saw minor tasks completed around the base in final preparation of winter life. We all then started to initiate our space and routines that would see us through the winter months.

To see who’s who at Rothera this winter – Click here 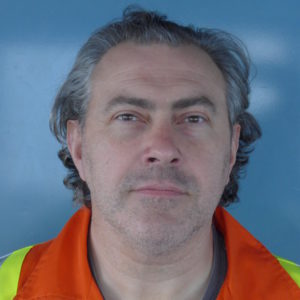