Kieran Love tells us what it is like to be the Zoological Field Assistant at King Edward Point Research Station (KEP) on South Georgia.

So, what does being a zoological field assistant involve?

My role is to maintain a long-term monitoring programme that focuses on the island’s higher predator species. Higher predators are animals that sit at the top of their food chains, at KEP they include Gentoo penguins and Antarctic fur seals. Typical tasks during the summer months (November to March) involve weighing fledging Gentoo penguin chicks and Antarctic fur seal pups.

Being the only zoologist at the station, I rely on all members of the team at KEP to assist me with these important surveys. It’s usually quite easy to get volunteers as everybody here is like-minded and enjoys working with the island’s charismatic wildlife. However, during March when the pups are close to weaning, they can triple in weight and develop quite an attitude so the volunteers sometimes need a little persuading with my homemade cake.

One of the essential parts of my job is to ensure the safety of the animals and personnel during surveys. This means that I’m responsible for overseeing all field surveys and appropriately training the other team members, who work at KEP as doctors, boating officers, technicians or other scientists.

Why do we monitor the higher predators at King Edward Point?

These higher predators are closely monitored to provide crucial information that contributes to the management of the region’s sustainable fisheries. In 2012, the Government of South Georgia and the South Sandwich Islands established the South Georgia and South Sandwich Islands Marine Protected Area (MPA). The MPA has been carefully designed to ensure the protection and conservation of the region’s rich and diverse marine life, while allowing sustainable and carefully regulated fisheries.

Gentoo penguins and Antarctic fur seals are krill-dependent species. By studying their population sizes, breeding success rates, body condition and diet we can gain valuable information on variability in krill abundance and ecology in the region. These data are used to inform approaches to the sustainable management of the krill fishery at South Georgia. Monitoring of the higher predator species, therefore, contributes to the responsible and sustainable management of the commercial fisheries around South Georgia. This is part of an ecosystem-based management approach which is supported by the Commission for the Conservation of Antarctic Marine Living Resources (CCAMLR) and forms a key part of the Antarctic-wide CCAMLR Ecosystem Monitoring Programme (CEMP).

What have this season’s surveys of the higher predator populations shown?

This season the fur seals are again reproducing in great abundance and showing consistently good puppy weights. This suggests that their mothers are foraging efficiently and have been providing good quality milk since earlier in December when pupping reached its peak.

Our Gentoo population has also showed a great number of returning breeders, with a record number of fledglings counted this month (February). On average the breeding success results in over one chick successfully raised per breeding pair. The average weight of fledglings is however at its lowest in the ten years of monitoring at KEP, which suggests high variability in local food availability. These indices of annual performance will now add to the long-term data set being recorded at KEP and compliment the comparable results being collected at Bird Island. 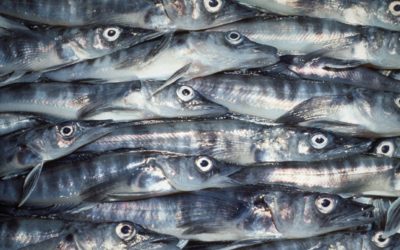 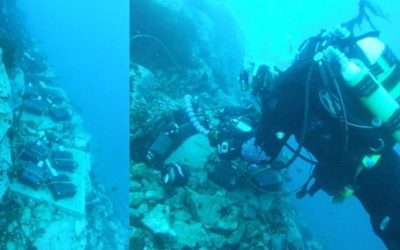