Well it was almost a year to the day that I was on the Ernest Shackleton and waved goodbye to the winter team of 2010 as they stood on the sea-ice to see us off. So here I was back again and this time it was the winter team of 2011 and I that were waving farewell to the James Clark Ross as it took the remaining summer and winter team home via the Falklands. As we drove back from the creek it crossed my mind it would be 8 months before we were to see any new faces and it was the start of winter for the 11 of us that remained.

Before the celebrations could be done there was the matter of getting the base ready for winter which meant closing down the summer accommodation (Drewry). This was a task that Paul, Rory and Frank set to straight away, while Brett and James put the last few vehicles away for the winter.

As they did this it was one of my tasks to sort through all the fresh food and try to preserve the life of it as long as possible, but there was one job that I had to enlist the others in and that was to sort, clean and check our stock of fresh eggs, all 2500 of them! Suffice to say that they are now all eggsperts in the art of egg cleaning. Yolking aside hopefully we’ll still have useable eggs in the months to come. I promise worse came out over the 6 hours of cleaning.

As tradition stated we had a final deep clean in the form of a Melt tank party where we all plunged into the heated water tank used for the Drewry for a nice long soak (it would only be short sharp showers of 2 mins until we returned home this time next year). This was done as the weather gradually got worse and worse as the winds picked up and showed us a sign of things to come.

We also had a small matter of some birthdays to celebrate during this month the first of which was to be Emma’s our Communications manager. Birthdays are a time where we try to give those a little something different and I try my best to cook their favourite food (ingredients permitting) in Emma’s case this was to be some extra large fish fingers followed by banana custard, some people do request the strangest things but I do my best making Chinese, curries, fish & chips, pizza and even doner kebabs. A week later and we were at it again this time celebrating our Base commander Ben’s birthday for which he decided we were all to have a wrestling themed party involving suitable fancy dress and a few rounds of twister.

Winter trips also got under way this is where our field assistant Ian took teams of 2 out to do some winter training and camp out for a few nights. I was teamed with Emma as team Charlie. We headed out in fine weather to the Hinge Zone (This is where the ice shelf meets the continent and causes all kinds of depressions and mounds) some 36 km away from Halley V. It takes a while to set up the pyramid tents and the rest of camp up making sure that it’s going to keep us safe and sound if the winds pick up at all. It was an amazing few days as we get to ice climb, snow shoe and generally explore the local terrain.

Each evening is spent melting snow for hot drinks and our pouches of man food (dehydrated food sachets) before I endeavour to sleep as the temperature drop to −20 which means waking to a frozen pillow and ice gathered around you head where you’ve breathed. It was very welcoming to get back to the warmth of the base just as the weather started to get colder and in time to celebrate another birthday, this time Andy’s where we all donned our Morph suits for the night’s entertainment. We even braved the outside photo in true Antarctic hero mode.

While we are all keeping the base operational there is still one man doing the day-to-day science, Andy (our very own Met babe, his own words not mine) diligently setting off a weather balloon everyday at the same time which is done at numerous places around the globe and if you ask nicely you can set one off too, which I did for the classic balloon launch photo.

On this day we also had a live link with a science fair in Cambridge where we all took turns in answering the questions over a very temperamental satellite link. Question of the day being ‘How cold is it there’ and ‘we don’t believe you, can we see out the window’. I even had to run outside and produce a snowball for one unbeliever.

As the temperatures started to drop to −40°C (causing all sorts of problems with Brett and Jenny’s winter trip) we decided in true British fashion it would the perfect time to have our first BBQ of the winter, which we did although you did have to eat quickly before the food started to freeze.

This drop in temperature also meant we said good bye to our group of Adélie penguins who had set up home on base during the summer months. But they soon had to head back to sea and north for the harsh winter, it’s only the emperor penguins that stick it out all year. It was a shame as these were the only forms of wildlife we got to see over the summer and kept us amused with their antics (we even had names for them… possibly a sign of going crazy so early in the season but I’m sure our resident Doctor can sort that out).

But as they departed so the sun also started to spend less time with us, bringing some amazing sun sets and some very strange effects such as halos and sun dogs and even the moon joined it with a halo or two.

It had been a busy month getting ready for the winter and had gone by so fast we hardly had time to catch our breath, there was just one final crucial thing to do before March was over, one thing that could not be forgotten for the good of everyone on base. That thing was my 40th Birthday! A hospital theme was selected and I did seem to end up getting a bit plastered, both arms and a leg (all part of our training, of course). 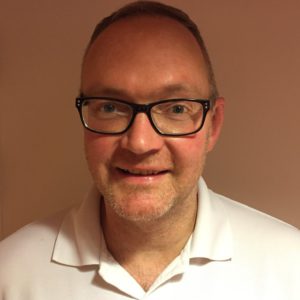