The BAS wild water whales team have spent 25 days surveying whales in South Georgia waters. This season the team have circled the island of South Georgia twice on their hunt for the elusive southern right whales, with observers stationed high up on deck and also using acoustics to listen for their calls underwater. This has been a very interesting season at South Georgia. Usually seen quite regularly, southern right whales (which often feed in South Georgia waters during January) were rarely seen by scientists or visitors this month, and we can only assume they found better places to feed elsewhere. The team searched all around the island, and in the end they encountered southern right whales on 11 occasions (13 animals seen). This map shows where the team have surveyed and the whale species that they have seen.

The exciting news this season is the large number of blue whales seen on the voyage! Antarctic blue whales used to be very common in South Georgia waters at the start of the 1900s, but intense commercial whaling in these waters killed over 42,000 of them, mostly to the north of the island. On this voyage Antarctic blue whales were very regularly detected with our acoustic equipment, and were sighted on 36 occasions (an estimated 55 animals seen), particularly off the south coast. Indeed, they were the second most frequently sighted species! This is a very positive sign as it suggests Antarctic blue whales may be starting to return regularly to feed in a place that was really important for them a century ago, after three decades of protection from commercial whaling. We were fortunate to have Antarctic blue whale expert Paula Olson on the voyage; she has compiled a catalogue of photo-IDs for this species which spans decades. She was able to collect a number of new photo-IDs on this voyage. Good quality photo-IDs can be used to identify individuals and therefore learn more about blue whale movement patterns and estimate population abundance.

The team were able to collect ten skin samples from blue whales via biopsy dart. These samples will be able to tell us about the population identity of blue whales using South Georgia waters, how strongly they are connected to blue whales seen elsewhere in the Antarctic, and to assess their genetic diversity following intense exploitation. These skin samples will also be able to tell us what the blue whales are feeding on; we will study the isotope chemistry of these samples and match the chemical patterns with those of candidate prey species also collected from South Georgia.

Team member Professor Scott Baker has been interested in this topic for a long time and recently supervised a PhD student Dr Angie Sremba studying the historical diversity of blue whales using bones collected from around the abandoned whaling stations at South Georgia. After a few years studying these bones, he was really pleased to see so many blue whales returning and to have the chance to study the modern population up close!

Team member and PhD student Danielle Buss has also been hard at work on the voyage, running an echosounder, which uses active acoustics to build a 3-dimensional picture the underwater environment, find out what kinds of prey the right whales feed on. She has also been helping to collect and preserve the biological samples that are collected. The team were lucky enough to be able to collect a southern right whale poo sample via net while on their survey. We will genetically analyse this sample in order to find out exactly what the whales recently fed on.

Another important element of the voyage has been the collection of overhead images and blow samples from right whales, in order to learn more about their population health, in a collaboration between BAS and the Woods Hole Oceanographic Institute. However drones need good weather to fly safely, and the team were rather short of right whales! Team member and drone pilot Darryl MacDonald worked hard to make the most of the opportunities though, and has been able to collect images and blow samples on more than a couple of occasions.

Finally, we are thrilled to report that our field team leader and satellite tagging expert Dr Amy Kennedy has been able to tag a couple of southern right whales and we can now track their progress through the rest of their summer feeding season and into the autumn here. Satellite tags stay attached to the whales for a period between weeks to a few months and eventually fall off. In the meantime, they transmit their locations when the whales are at the surface, so we can follow their movements.

The whales have been named Annenkov and Braveheart, the former a small island off South Georgia near to the place the whales were tagged, and the latter a tribute to the RV Braveheart, our expedition vessel for this season which has been a really great support to the research team. We are excited to follow the whales and their progress in the coming months!

Led by British Antarctic Survey, the team includes scientists from the University of Washington, Oregon State University, NOAA, the University of Rio Grande do Norte, the University of Cambridge, and the Scottish Association of Marine Sciences. Other collaborators involved in the project include the University of Auckland (conducting the genetic work), Instituto Aqualie (collaborating on whale tracking), Woods Hole Oceanographic Institute (studying whale health), the Sea Mammal Research Unit (acoustic analysis and health), the University of Barcelona (analysing the historical catch record) and Happywhale, a citizen science based initiative who publish and share photo-identifications of whales online. 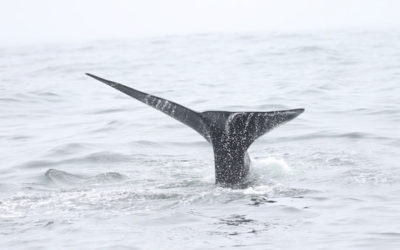 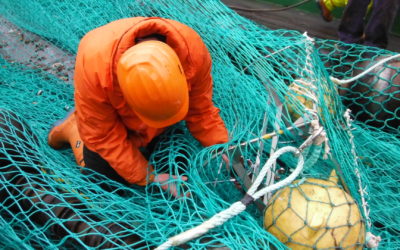