As the winterers at Halley VI look forward to seeing the sun come up above the horizon again, electrical services technician, Richard Inman describes how they’ve been coping with the long, dark days:

It seems like a long time since the last two sno-cats departed Halley VI Research Station for N9 taking the last of the summer staff to the RRS Ernest Shackleton. The buzz of activity which had become the norm since our arrival was broken, and in its place an eerie silence and calm descended. It took about a week to get used to but we were soon settling into our work routines and finding our feet for what was going to be uncharted territory for many of us.

The relentless daylight meant there were long, sleepless nights in the summer. But normal sleep patterns returned as we started to get defined nights and days. It was a joy having your body clocks re-synchronize with daylight hours leaving you feel refreshed and energetic. This lasted a couple of weeks until the darkness crept in and you found yourself progressively squinting out of the window at the previously endless white horizon, trying to pick out any sort of feature. During this transition sleep and drowsiness was not hard to come by, on a weekend what felt like a five minute snooze would turn out to be an hour and so forced routine had to become your new best friend in order to maintain a standard day. Then before you knew it ‘BOOM’ midwinter was on the doorstep and you were left wondering where the time had gone.

Determined to get an appreciation for the unique environment and isolation I started taking walks outside in clear weather, windy weather, foggy weather, stormy weather and cloudy weather. A lot of the time in bad weather I’d find myself stumbling into the darkness trusting the senses to remain upright but the most significant thing I noticed when day became night was the moon. Sometimes it would momentarily skirt over the horizon, a deep orange silhouette distorted form the cold which would melt into its reflection in the snow, then when it got up in the sky it seemed to circle us for weeks at a time, so bright I wondered if it could power a solar panel.

Now the darkness is easing there is a big appreciation for the warming colors that are projected above the horizon, it’s certainly more noticeable coming out of winter. On Sunday most of us were taken by surprise as the normally black windows had some strange texture in them, you could see the wind tails of the modules and pick out the fuel drums, a few of us took it as an opportunity to get out and do some doo-sledging and skiing despite the -40 C conditions. It really helps build up the excitement for the sun-up celebrations in a week’s time. 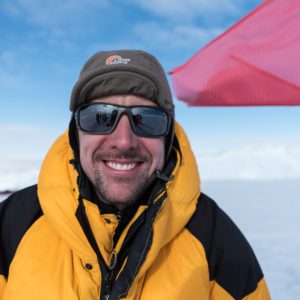 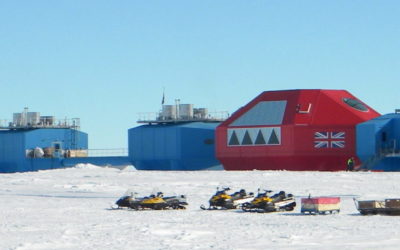 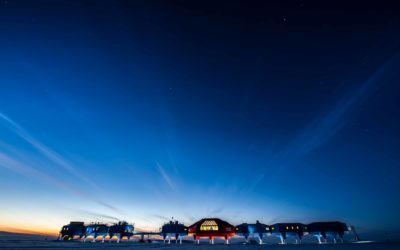