A British Antarctic Survey team has just returned from a three-week science cruise with National Geographic on board the RRS James Clark Ross around Ascension Island’s seamounts. This five-part blog, today by marine benthic ecologist Dave Barnes, provides an insight into the vital role of scientific research in informing conservation policy.


The National Geographic expedition, with RRS James Clark Ross to the seamounts near Ascension Island, was about exploring marine biodiversity and what makes these areas special.  The diverse array of scientific kit and scientists from five different institutes and universities was ideal for this task.  We were able to  measure, document and film from the microalgal base of the food chain, through the tiny primary consumers (the zooplankton) and rich life on the seabed to the apex predatory sharks at the top of the food web.

We found many striking and important things about these areas,which a new major Marine Protected Area would safeguard.  We produced the first detailed seabed maps for each, to show that the three seamounts were quite different in layout.  Our snapshot visit suggested that primary production (phytoplankton), the fuel for the foodweb, and its tiny predators was raised above their plateaux.  This in turn was supporting diurnally migrating fish, which our camera lander saw taking refuge in the complex rock clefts to sleep at night.

Where the seabed was at the same depth as the phytoplankton bloom there were populations of sponges, hydroids, seamosses (bryozoans), corals, sea urchins, sea stars and crustaceans.  Deeper on the seamount below 6°C a belt of cold corals patchily developed which may be thousands of years old.  In the sediments surrounding the slope of the seamount we found brittlestars, worms and piles of coral aggregate that seems to have cascaded down over time.  Crucially these carbonate skeletons remain there (rather than dissolving) and build up into thick layers, showing that the productivity and biodiversity around the seamounts contribute not just to ecosystem services of fisheries but also of carbon drawdown through to sequestration (burial) – so called blue carbon.

.  Most global productivity occurs in the shallows but away from the poles this is frequently recycled by trawling (bottom fishing) and at the poles by iceberg scouring (onlinelibrary.wiley.com/doi/10.1111/gcb.13523/full).

Despite these losses blue carbon remains one of Planet Earth’s largest measured feedbacks responsible for sequestering tens of millions of tonnes of carbon.  Seamounts have been little, if at all, investigated for blue carbon functions and how these might be influenced by climate change and other direct and indirect human activity.   Despite being uncertain what to expect on the seabed around the seamounts, it was a big surprise to find carpets of shells that had ‘rained down’ from productivity in the water column above.

It seems the spheres of influence of the seamounts extended out some way and that this productivity could make a substantial difference to blue carbon deposits in parts of tropical oceans.  For the British Antarctic Survey scientists this was a fascinating insight into how isolated tropical areas compared with those in colder high latitude seas.  Many of the same diversity patterns (dependence on isolation and geological age) were evident, as well as similar threats, and perhaps conservation solutions.  BAS collaboration with National Geographic, Ascension Island Government, UK and Canadian universities should yield a powerful and unique insight into tropical seamounts and provide key scientific underpinning for a proposed Marine Protected Area and meaningfulness of blue belt development.

Link to the latest research paper on Blue Carbon: http://onlinelibrary.wiley.com/doi/10.1111/gcb.13772/abstract 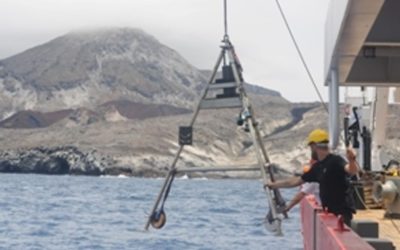 BLOG: If we are serious about climate mitigation, we must do smarter ocean nature protection 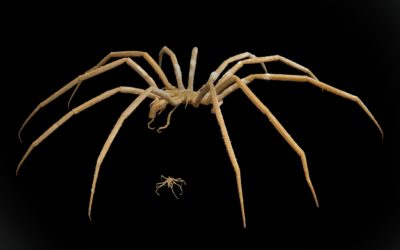