GUEST BLOG: Saving Antarctica! The 30th Anniversary of the signing of the Protocol on Environmental Protection

The Protocol on Environmental Protection to the Antarctic Treaty was agreed in 1991 and came into force in 1998, once it had been ratified by all 26 (currently 28) Antarctic Treaty Consultative Parties. Today, on the 30th anniversary of the initial signing of the Protocol (4 October), Professor Klaus Dodds, Professor of Geopolitics at Royal Holloway University of London and Honorary Fellow of British Antarctic Survey, explores the extensive and delicate negotiations that made this possible.

Thirty years ago today, 4 October, consultative parties to the Antarctic Treaty gathered in Madrid to sign the Protocol on Environmental Protection (Protocol). The then Environment Secretary, Michael Heseltine, signed the Protocol on behalf of the UK government. The Yorkshire Post noted that “Heseltine signs to save Antarctica”. The UK’s signature was as much to do with ensuring the restoration of ‘consensus’ in the Antarctic Treaty System (ATS) as it was ‘saving’ Antarctica.

For at least 18 months prior to October 1991, the famed principle of consensus that informs Antarctic governance was frayed.

The source of the tension was the ill-fated Convention on the Regulation of Antarctic Mineral Resource Activities (CRAMRA). Between 1982-1988, the consultative parties worked under the chairmanship of the New Zealand lawyer and diplomat Chris Beeby to develop a regulatory framework. CRAMRA was seen by its proponents as anticipatory (a just in case measure) rather than seeking to fast-track mining. The UK government was a strong supporter of CRAMRA, and John Heap, the Foreign Office’s leading polar civil servant, was a tireless advocate for it.

However, this benign view of CRAMRA was not shared by everyone. Heap and others were convinced that the environmental conditions attached to CRAMRA were stricter than those found in the Protocol. The Convention (63 pages long) distinguished between prospecting, exploration and development and proposed a complex structure of regulation involving regulatory committees (composed of claimant and non-claimant states), scientific advisory committee, and Commission.

In the 1980s, there was a chorus of voices calling for the ‘greening’ of Antarctica. With their tireless media campaigning, organizations such as Greenpeace and the Antarctic and Southern Ocean Coalition challenged the authority of the treaty parties and questioned the rationale of and for CRAMRA. The Antarctic Treaty parties found themselves under a level of public scrutiny that was unprecedented. The 1980s was truly the decade that Antarctica became globalised. In the United Nations, members of the global South took to the General Assembly to demand that their interests and wishes were considered when it came to the ‘Question of Antarctica’. Meanwhile, in 1987, Greenpeace established their World Park base at Cape Evans in the Ross Dependency. Greenpeace demanded that Antarctica be declared a ‘World Park’.

Pressure started to build – would the Antarctic Treaty parties be able to complete their negotiations and secure the entry into force of CRAMRA? Or would global pressure force a fundamental rethink?

The crisis when it came had its origins within their number. Two claimant states, Australia, and France, for their own domestic reasons, turned their backs on the CRAMRA negotiations. Led by charismatic leaders, Bob Hawke (Australia) and Michel Rocard (France), the policy U-turn was sudden and unexpected.  The French government was widely thought to have been heavily influenced by the celebrated oceanographer and explorer, Jacques Cousteau. The latter was a fierce critic of CRAMRA. In May 1989, Bob Hawke declared that it would not sign CRAMRA and instead would push for a World Park or Wilderness Reserve. As the largest claimant state and mining economy, there was concern amongst industrial bodies such as Australian Mining Industry Council that any convention that placed strict rules on future mineral resource development in any part of the world should be resisted. Opposition to CRAMRA was multi-faceted: part environmental, part financial, part economic and part electoral. Hawke and others had noted the apparent success of Green Independents, who had won seats at the Tasmanian State Parliament in May 1989, and politicians around the world were only too aware of the highly mediated impact of the sinking of the Exxon Valdez in Alaska.

The rejection of CRAMRA by two original signatories and claimant states provoked a crisis. Anglo-Australian relations were harmed. Prime Minister Thatcher had been a fervent supporter of CRAMRA. The 1989 Paris meeting of the treaty parties was awkward. Consensus no longer existed. Australia, France, Italy, Belgium, and others were pushing for a world park proposal. The UK, Norway, and United States were on the defensive and accused of wanting to despoil Antarctica. Chile offered to act as honest broker. A special Antarctic Treaty Consultative Party Meeting was held in Vina del Mar in November 1990, with the goal of restoring that precious consensus. In his opening statement, John Heap noted, “What it does mean is that no Party should put any Party into an intolerable position. This requires of us all the spirit of mutual forbearance”.

Delegates at the Chile meeting were presented with three basic options: the Australia-French proposal for a new environmental convention, the New Zealand environmental protocol, and the US-UK-Norway outline for an alternative protocol. What followed was intense and rapid discussion (with plenty of informal conversation) with all parties anxious to avoid the laborious negotiations of a convention. The protocol model was appealing because it could be assembled quickly, and annexes were capable of being added and updated as necessary. The Norwegian diplomat Rolf Trolle Andersen was widely credited as hugely influential in generating a new consensual position. What emerged by the end of the Vina del Mar meetings in December 1990 was the barebones of the eventual Protocol.

It was agreed that mining should be banned but there was still debate aplenty about whether the Protocol should be reviewable, and if so for how long. But, again, there was still uncertainty about whether CRAMRA might complement an environmental protocol or whether the protocol would introduce a comprehensive ban. By early 1991, public support for CRAMRA was becoming harder to maintain. Follow-up meetings in Madrid, which were designed to hammer out the final text of the Protocol, occurred against a backdrop of near-continuous lobbying from environmental campaigners. In April 1991, the Australian government was apparently convinced the UK had finally dropped its support for CRAMRA and was now ready to embrace a permanent ban on mining. Perhaps all of this was easier because a new UK Prime Minister, John Major was in power and less obviously associated with the CRAMRA years.

The final text of the Protocol (18 pages) was not available for signature until early October 1991. The consultative parties signed it and then moved to Bonn for the next consultative party meeting to discuss knotty issues such as the implementation of the Protocol and the annexes on Environmental Impact Assessment, Conservation of Antarctic Fauna and Flora, Waste Disposal and Waste Management, and Prevention of Marine Pollution. Parties noted the need to develop an annex on liability for the Protocol. The mining prohibition although eye-catching was only one element of the post-CRAMRA dilemma.

What do we learn from the genesis of the Protocol? The fall-out from CRAMRA revealed that Antarctica was not immune from a gamut of domestic and global pressures. The restoration of consensus required a huge investment in face-to-face diplomacy as well as a spirit of compromise. It took a further seven years for the Protocol to enter into force and even now some issues such as liability in Antarctica remain unresolved. Annex VI to the Protocol, Liability Arising from Environmental Emergencies, was adopted as a legally binding Measure (2005). It has not yet entered into force and 11 relevant parties have yet to ratify including Argentina, Brazil, China, India, Japan, Republic of Korea, and the US. Maybe the parties involved in the negotiation of the Protocol were also blessed with good timing; the Soviet Union was a fading geopolitical force and China was yet to exert itself on the world stage, including Antarctica.

The Protocol also re-positioned Antarctica away from a ‘continent for science’ per se.  The text refers to an “Antarctic environment and dependent and associated ecosystems” that needed to be understood “as a natural reserve, devoted to peace and science”.  The Protocol recognised the importance of wilderness and aesthetic values but does not seek to define them – likewise terms such as ‘associated ecosystems’ were not circumscribed by a line of latitude or even a biogeographical zone. And if you read Article 25 carefully, ending the prohibition on mining (Article 7) would almost inevitably mean looking again at CRAMRA 2.0. That should be un-thinkable, but it might not for others. 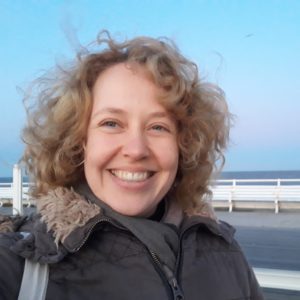 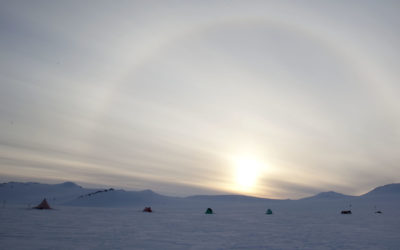