New research shows that Antarctic krill (Euphausia superba), a key link in the Southern Ocean food web, have refuges from the rapid climatic warming and ice loss that has degraded part of its habitat. The study is published in the journal Limnology and Oceanography this week (22 September).

It has long been thought that the Atlantic sector of the Southern Ocean formed the epicentre of the global krill population. This has raised alarm bells for conservation of their stocks, since this particular region has been one of the fastest warming ocean regions on the planet.

This new research shows that, while this region can support fewer krill than before due to habitat degradation, the more stable Indian and Pacific sectors are acting as refuges, possibly even holding more krill than they did a century ago.

Antarctic krill support a unique food web and a valuable commercial fishery, which is concentrated in the south-west Atlantic sector. Whether or not krill stocks have declined as this sector has warmed is an issue of intense debate, and this uncertainty has been challenging for managers of the fishery.

This study provides a wider, circumpolar-scale perspective on these krill stocks. A wider scale view is timely – this sort of information is needed to plan a network of marine protected areas (MPAs) around Antarctica and for evidence-based management of various fisheries.

Central to the study was a recent Chinese circumnavigation cruise sampling over 100 stations – a ring of stations around Antarctica. This feat, on icebreaker Xuelong, is probably unmatched in modern times and provided the necessary circumpolar perspective, helped by an existing circumpolar database of krill spanning the last 90 years.

“Most plankton species, including krill, are distributed in a ring right around Antarctica, but their habitats are changing at different rates from sector to sector. We used this as a kind of natural experiment to trace the changing fortunes of krill in each of the sectors”.

“This is a great example of how the different nations working around Antarctica can combine their ideas and data. A spirit of cooperation is essential for a joined-up approach to management and conservation around Antarctica”.

“The Southern Ocean is a huge and complex ecosystem.  By pulling together multiple data sources from multiple locations we are beginning to see the bigger picture, which is that some areas have changed more rapidly than others”.

This research was a collaboration between scientists from China, UK and Italy, with the UK component being supported by the Worldwide Fund for Nature (WWF). 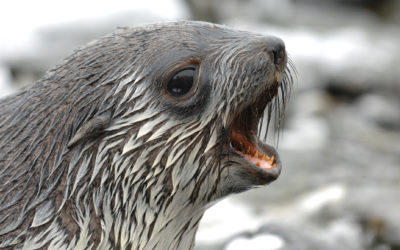